The airline industry is undergoing a similar evolution and is analyzing the cost and performance benefits of electric-powered aviation. If air travel infrastructure costs can be driven down, it becomes feasible to expand air travel to underserviced and remote geographies.

Ampaire (Hawthorne, CA) is committed to realizing this vision by developing electric aircraft that are environmentally clean, less costly, safe and quiet. Compared to traditional combustion engine-powered aircraft, Ampaire seeks to achieve a 90% reduction in fuel costs, a 50% reduction in maintenance and a 66% reduction in noise during takeoff and landing with an all-electric aircraft with zero tailpipe emissions.

Switching to electric propulsion could expand airline destinations by 10x from 500 to 5000 airports in the U.S. alone. As a result, people living in remote areas will have far easier access to regional airline transportation, and regional airlines struggling to achieve profitability due to high operating costs will be well positioned to thrive.

Ampaire is currently at the prototyping stage and has developed a dual-power-source architecture to enable redundancy during initial test flight scenarios, to evaluate and develop techniques for dividing the power and propulsion load between the fuel and electric power sources based on payload, cruise speed and flight path.

The current Ampaire prototype – a retrofitted Cessna 337 Skymaster – employs an inline, parallel hybrid architecture: a standard combustion-engine-powered propeller is located in the rear of the aircraft, and an electric-powered propeller is placed up front. During flight, power can be dynamically shared across both propulsion systems to optimize speed, power, fuel consumption or noise.

The power delivery system for the Ampaire prototype plane consists of a high-voltage battery pack power source with a range of 500V – 738V. Typical avionic control and monitoring systems operate from a 28V supply, so a DC-DC converter solution that operates from a wide-range input and tightly regulates to a 28V output was required. Because of the high-voltage battery, isolation was also necessary, and a power rating of up to 500 watts was desired.

The Ampaire design team also requested a compact size for the solution, high efficiency, a simple thermal management set up and rapid prototyping and time to production. The design team also did not want to design or use circuit boards for the power converter. With these design requirements, the Vicor engineering team recommended that the power conversion and regulation be done in 2 stages to optimize the efficiency and power density and to simplify thermal management. A fixed-ratio bus converter (BCM) would be used to isolate and down-convert the high-voltage battery, followed by a low-voltage DC-DC converter to regulate the output of the bus converter to 28V. 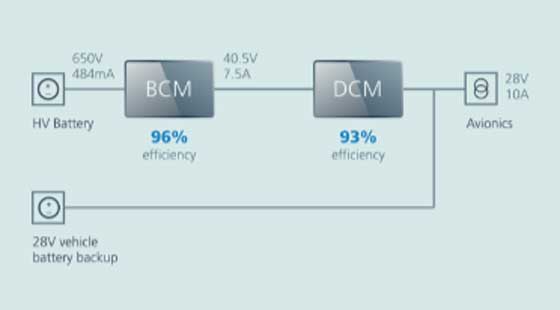 The future of electric-powered flight

Ampaire is among the leaders in the electric-powered aviation market to fly an aircraft demonstrating commercial viability. Its prototype aircraft is slated for testing by Hawaii-based Mokulele Airlines, which hopes to employ next-generation, commercial-production Ampaire aircraft for short-haul flights across the Hawaiian Islands. The future Ampaire production plane is expected to carry from nine to nineteen passengers and travel the 90 mile range from Honolulu to Kahului. 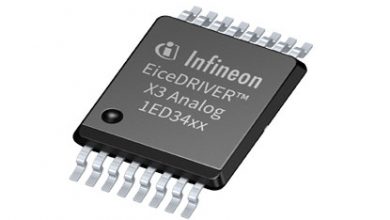 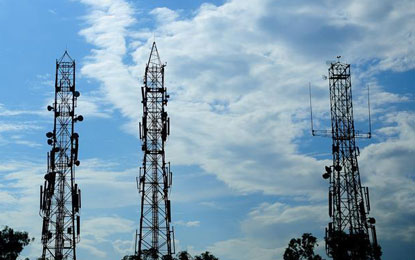 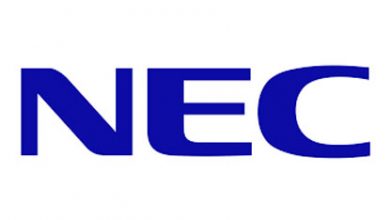 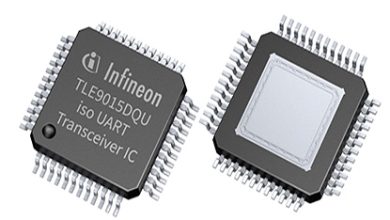