Bangalore: The prime advantage of a Windows app developer is that: one will be able to reach both the desktop and mobile devices. Added to this, stands the fact that developers like Rize Technology is finding it easier to develop apps on the Windows 8 platform.

After struggling with the Windows platform initially, the Rize is able to get apps 50 percent faster to the market, than those developed on competing markets and now sees a growth opportunity in selling the Windows Pro apps to corporate customers.

Rize Technology Corporation develops web, mobile, content management, and cloud solutions and provides technology support services to customers around the world. “Most of our customers use Microsoft software,” says Raj Potluri, Chief Executive Officer and Director of Rize Technology Corporation. “Android and iPhone apps are mostly consumer-focused and also do not connect easily with the Microsoft desktop and server software used by most corporate users. From a business perspective, we have a goal to grow at a rate of 100 percent a year, so we are always looking for development environments that will help us achieve high growth.”

Rize stretched out to Prime Access, a local member of the Microsoft Partner Network, for aid in gaining Windows 8 app development expertise. The two companies developed two Windows Store apps together, to train the Rize staff in Microsoft development tools and the Windows 8 Pro operating system. SMSAzure is a bulk SMS app, and Customized Mail is a bulk email app; Rize business development teams use both for marketing and business development purposes. Prime Access offers both apps in the Windows Store; the bulk email app has been downloaded 20,000 times in two months.

“Touch is wonderful for rapid navigation, while the keyboard interface is better for intensive data entry,” Potluri informs. “It’s great having both in the same operating system—and using a stylus for handwriting. It’s like a pen that never runs out of ink.” Another favorite Windows 8 Pro feature is the easy integration with Microsoft Outlook and Microsoft Lync. “We have multiple modes of communication—chat, Skype, Lync, and email,” Potluri says.

“All these apps are in one place and easily accessible through Windows 8 Pro, so communication is easier and development is faster.” Rize tested Office Professional Plus 2013 running on Windows 8 Pro. Its developers especially like the ability to move documents from USB drives to SkyDrive Pro cloud storage. Rize plans to upgrade another 8 to 10 computers to Windows 8 Pro in the next few months.

Rize attributes the development speedup to the high level of development abstraction that Visual Studio and the .NET Framework provide and the simplicity of using Windows 8 Pro with other Microsoft software. “Working with open source tools requires that you write code for every tiny detail,” Potluri confirms. “But the Microsoft development environment provides a much higher level of abstraction that is much easier to work in.” A high level of abstraction hides the implementation details, allowing the developer to focus on important concepts such as business logic.

“Windows 8 apps will provide a huge market opportunity for us to grow and differentiate ourselves from existing app companies,” Potluri articulates. “It will help us meet our 100 percent growth goals. We are building strength in upcoming areas like big data, business intelligence, and mobile device management, and these are all areas where Microsoft has a strong presence.”

Rize also sees a great opportunity in creating apps that integrate with Microsoft desktop products. “By using Windows 8, we can reach desktop users as well as the mobile device market,” Potluri states. “We are shifting a lot of our development resources to pursue the Windows 8 market and betting big on this operating system.”

“Au Fait of the Cloud Dynamics: - A Mere Spectacle or More than that?” 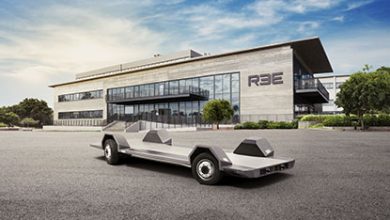