The future is through sensing the connected world; perhaps semiconductor industry is testing and developing solutions to reverb the last limit of sensor technology. The boundless transformation in the industrial and automotive Industry is no more in silos. A stalwart in his domain, Sanjay Gupta |VP and India Country Manager | NXP Semiconductors in a candid exchange assiduously takes us through the next big thing in sensors technology and how its Dutch heavyweight semiconductor company has named itself a bigwig in designing a holistic framework for the future-ready sensor market. Edited Excerpts.

The majority of today’s automotive and industrial systems depend on an accurate and reliable supply of information. Sensors are now a vital part of any modern automobile design, serving many different purposes. They are instrumental in helping car manufacturers to bring models to market that are safer, more fuel efficient and more comfortable to drive. Over a period of time, sensors will also enable greater degrees of vehicle automation, which the industry will benefit from. Sensors and analytics will alert users and vendors to problems beforehand, which will eliminate many maintenance checks,thereby helping companies save time and money. They will also allow businesses to learn how customers are using their products, which will help shape their products accordingly. Many sensor manufacturers are making a big push on innovation of new sensor technology. Sensor fusion, which has been focused by many, is a process by which data from many different sensors are “fused” to compute something more, that could be determined by any one sensor alone. This allows for an improvement in application or system performance. Radar-based ADAS will have a steep penetration over the next few years with IHS Research estimating that the market will grow to 50 million radar sensors in 2021, a 23 percent year-on-year increase from today.

Driven by new innovations in materials and nanotechnology, sensor technology is developing at a never before seen pace, because of increased accuracy, decreased size and cost, and the ability to measure or detect things that weren’t previously possible. In fact, sensing technology is developing so rapidly and becoming so advanced that we will see a trillion new sensors deployed annually within a few years. A better term for a sensor is a transducer (a physical device that converts one form of energy into another). A type of transducer that you will encounter in many IoT systems is an actuator. In simple terms, an actuator operates in the reverse direction of a sensor. It takes an electrical input and turns it into physical action. In typical IoT systems, a sensor may collect information and route to a control centre where a decision is made and a corresponding command is sent back to an actuator in response to that sensed input. Actuators are everywhere. They can turn up in the most unexpected places; from inside your cell phone to the Mars Rover.

NXP motor controllers and actuator drivers offer rich possibilities for every UAV application. The breadth of the portfolio allows developers to balance the right cost, target performance and security requirements. If processors are the brains of the system, then MOSFETs are the muscle, converting intricate control signals into precise, powerful motion. NXP’s high-performance power devices offer the perfect combination of reliable, high current performance in small, lightweight packages. Available in a range of voltages to suit all battery configurations.

It’s tough to get consumers to adopt innovations—and it’s getting harder all the time. As more markets take on the characteristics of networks, once-reliable tools for introducing new products and services don’t work as well as they used to. The efficacy of advertising, promotions, and the sales force has declined; it is more difficult for innovators to rise above the din of information from competing sources; and only hard-to-manage relationship skills seem to make a difference.

The world is getting more and more connected, and the Internet of Things (IoT) is playing a big part in changing the way we live with applications such as the smartwatch and smart home automation. IoT brings convenience to our finger tips, while making our lives safer and more efficient. By 2020, it is estimated that some 30 billion devices will be connected by the IoT. To keep up with these evolving technology trends, consumers are constantly seeking the next new IoT innovation.

We live in an era of smart connectivity, where our electronic devices are equipped to perform even more tasks that keep us connected. Now automakers are bringing more personalization and connectivity to your car with smart keys. Whether it’s about autonomous cars or the next fitness band, the top automakers and gadget designers understand how consumers are connected to their digital lives and that’s redefining our notion of mobility.

Sensor networks provide tremendous potential for information collection and processing in a variety of application domains. Like most of us, you probably have a pocketful of keys, FOBs, scan cards, and a bunch of passwords and proprietary smart phone apps to gain access to your office, home, car, smart locks and even thermostats. It would be ideal to know that every device maker implements effective security to avoid hacks and clones. But that’s not always the case. Instead, they typically invent their own proprietary authentication systems. It is focused on providing growth advisory services to mid-sized tech firms, which is where their collaboration with Systech fits in.

A standard-based strong and secure authentication exists called FIDO. Working with Volansys and SurePass ID, a set of FIDO libraries help IoT embedded device makers add FIDO ulti-factor authentication to their device via one of many FOB form factors or a smart phoneapp.

There are plenty of consumer advantages of widespread FIDO strong authentication use. Starting from one authentication “thing” in your pocket to super security to pick your personal FOB/Phone/Smart Card implementation mechanism.As a design engineer, if you use FIDO strong authentication for your smart devices, you’ll find no need to “reinvent the wheel” or become a security expert; decreased development, test, and security certification time; and reduced risk that your implementation can be exploited. FIDO products and services erase the necessity of using passwords for security by adding FIDO U2F second-factor devices. Password usage can also be completely eliminated through FIDO UAF biometric solutions such as fingerprint or iris recognition sensors.  If biometric data is used by a FIDO authenticator, the biometric information is securely stored in the device.

Most of the electronic devices produced today in the world use a kind of computer chip or microprocessor in their components. The scientists are asking themselves how further we can push back the miniaturization process, to create smaller, cheaper, and faster chips. Researchers say there is plenty of scope to push back even more the limits of miniaturization. Historically, logic product offerings consisted of quad, hex and octal standard logic gates, inverters, and buffers. Entire applications were built from these building blocks. As greater integration and miniaturization occurred, the demand for logic solutions continued to grow, but shifted toward “glue” or “control” logic. With the shift to control logic applications, engineers left much of the standard logic solution unused, often only using one or two of the four logic gates in a quad device.

There is plenty of discussion these days about ‘wearable technology’, and many consumer electronics companies have ventured into the market with a range of offerings. Everything, from ‘smart watches’ and augmented reality glasses, to t-shirts printed with graphics that respond to sound. Many of these are still in their infancy or are destined to be short-lived gadgets, and so far, none of these products can be said to have made a significant impact on consumers.

As markets and industries continue to evolve, connectivity and security will play a greater role in their evolution. The term Internet of Things (IoT) has been used quite extensively to express today’s world of consumer and industrial products. Sensor systems and electronic instrumentations are highest growing and upcoming segments in the semiconductor market. They have a vast array of applications in electronics, industrial automation, avionics and military, mobile devices, consumer electronics, building and infrastructure, medical equipment, security, transportation, IT infrastructure and communication.

Advancement in technology and miniaturization of devices has driven the market growth in recent times. Sectors such as biosensors, image sensors, position sensors, and accelerometer are expected to show a rapid market growth. Increased adoption of gyroscopes and accelerometers in consumer electronics coupled with innovative applications including gesture recognition, biometrics, motion sensing have opened up new avenues for sensor market. In addition, availability of cheap labour, low manufacturing cost and prevalence of original equipment manufacturers (OEM) has positively driven the sensor market in developing economies.

Smart concrete is where the projected big numbers for IoT can start to add up. A single large bridge could have several thousand embedded sensors measuring vibration and linear displacement (cracks). Crack sensors are only one type of sensor. Add in sensors for ice, liquid on pavement, pollution, noise, weather, and vehicle presence, and the count will only go up. Follow-up in a few years with more advanced sensors for use with autonomous vehicle networks, and some of the “hype” numbers being thrown around for IoT seem completely believable in the next 10-20 years.

Challenging will be the sensors used from the infrastructure side in conjunction with Advanced Driver Assistance Systems (ADAS) and autonomous vehicles which will require real-time capabilities similar to industrial automation. The good news is a lot of innovation and engineering work still remains to be done, and many of the pieces will be coming together for smart concrete. Super low power nodes with secure low power lossy connectivity, long term support commitments, scalable gateway technology with the ability to manage millions of nodes, hard real-time support for vehicle control and industrial automation are part of our product portfolio today. Add in some of our continued investment in key areas such as fail safe over the air upgrades including ROM’d boot code, security with comprehensive tamper detection and crypto acceleration, advanced sensor fusion, and low power connectivity with high density ZigBee and 6LowPAN support, and it all seems possible. 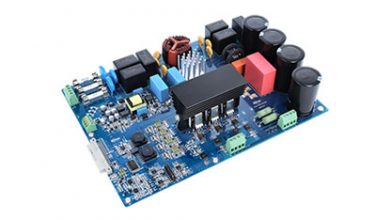 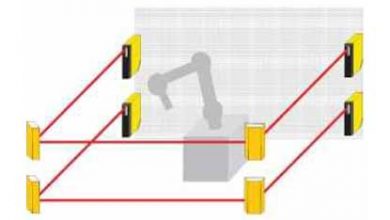 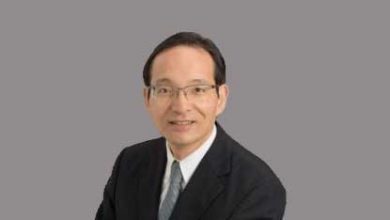 How Sensors Can Make Life Safer and More Sustainable 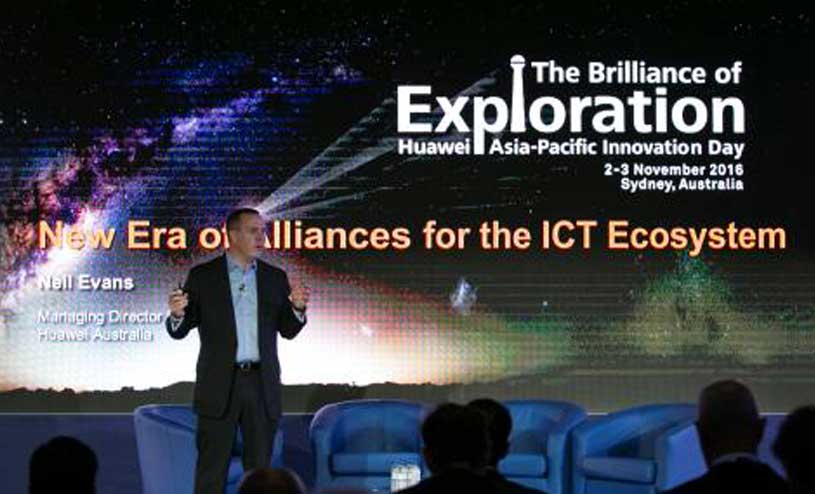 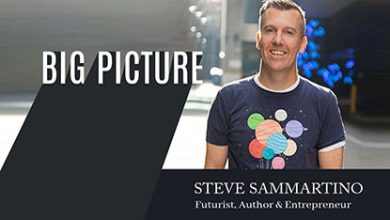