MESA, USA: The pivotal news outlets have all enunciated their opinions on what was new-fangled and superb at the International CES conference that took place in Las Vegas, last week, that is. Granting there’s no tactic that everything could be covered, the next big thing seems to be curved displays for TVs and even cellphones.

Of course, wearables as smart watches and health bracelets were all over the place. But then again, CES is not always a clairvoyant of the future. After all, earlier CES rollouts of 3D home TVs evidenced to be a misadventure. But now, 4K screen resolution seems to have caught on very well.

There were colossal automotive displays (and even a fully-restored 1939 Crosley, perhaps the smaller precursor to today’s Mini Cooper) but helicopter drones seemed to catch everybody’s imagination besides the potentialities carried by 3D printing, which from its quarter seems to have come of age both in terms of plastic and metallic.

Via Telecom licenses its CDMA to MediaTek

At CES, MediaTek demonstrated their single-mode LTE modem based on its acquired Coresonic DSP core. The modem will be mated with the company’s proven 2G/3G modem later this year for a multimode solution. When MTK rolls out its complete 4G solution, it will also include CDMA 2000 technology from Via Technologies (based on CEVA’s DSP core).

MTK’s game plan is to emphasize the large (and better-understood) China market. The addition of CDMA will make China Telecom happy (they are the only CDMA network in China) which will in turn carve out one whole market niche not served by the other LTE modem players. Sales for cellphones to Verizon and Sprint in the US could follow (although LTE is their long-term focus, CDMA is necessary for complete US coverage and to ease the eventual transition to LTE).

Imagination Technologies, the front-runner in graphics IP licensing, announced that it has licensed its Ensigma Radio Processing Unit (RPU) IP to Qualcomm to be integrated in the Snapdragon 802 Ultra HD processor designed for smart TVs, set top boxes and digital media adapters from Qualcomm’s QTI subsidiary. The Ensigma RPU performs global broadcast TV demodulation functions (for digital TV) and will be integrated in the Snapdragon 802

Altair has proclaimed that its FourGee-3100/6202 chipset has been selected to connect the new HP Chromebook 11.6″ LTE as the first affordable Chromebook with 4G LTE connectivity, and currently the only LTE-only Chromebook available.

The equivalent single-mode LTE chipset is at the core of the Ellipsis 7 tablet, the first-ever device marked under Verizon Wireless’ own brand. Q4/13 was the company’s best quarter ever, so it’s on a roll. Altair’s FourGee-3800/6300 a Cat 4 LTE-A solution with VoLTE capability will also be familiarized this quarter.

Broadcom is doubling down on its multimode LTE modem/RF solution acquired from Renesas Mobile, and apparently abandoning efforts related to its earlier-acquired Beceem LTE technology. The company is planning on a multimode thin modem running Cat 6 LTE-A with 300 Mbps downloads in mid-2014. The modem will also have TD-SCDMA capability for China Mobile implementation.

Nvidia’s 500i LTE modem is now qualified at AT&T and Vodafone and at CES the company indicated that it would be showing its integrated Tegra 4i baseband/application processor in a branded cellphone at MWC next month.

ZTE has announced the WiseFone 7510 LTE modem dongle founded on its ZX297502 LTE baseband chip. The baseband chip is mated with RF transceivers from Analog Devices Inc. and Advanced Circuit Pursuit AG and a power management chip from Texas Instruments.

The Mobile World Congress ’14 in Barcelona next month will be the wireless industry’s foremost conference, underlining novel products and industry direction. Qualcomm will, of course, be the overriding chip player, but one expects substantial announcements from the stables of Intel and others who will be prepping to afford real completion for the big Q in 2015. 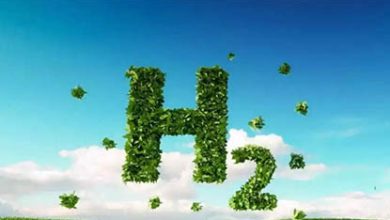