Design of a mission-critical, rapid-start, isolated power system needs to be flawless. These systems need to start in milliseconds and start every time. The purpose of the power supply in an electronic system is to provide a regulated voltage and / or current to a load. Attention is given to the performance of the power system in its response to rapidly-changing loads and to rapidly-changing voltages demanded by the load. The input voltage and start-up time of the power system is given much less consideration because it is generally assumed that
the power source to the system is always present.
However, there are systems where the power source isn’t present and the system must be active within milliseconds of application of input power. These systems typically require isolation from the power source to keep grounds isolated or to meet military specifications such as Military Standard 704. For example, in many missile launch systems, the target information isn’t programmed into the missile until moments before the time of launch. There are several systems that need to be active within the missile before target information is loaded and the power system is only one of these systems and it needs to be the first system that is active to drive all others. So it is essential to get it right.

Designing mission critical power systems
There are a few critical areas of consideration when designing an isolated power system that must start within 10ms from application of input voltage. The input dV/dt should not exceed the ratings of the power components, the input capacitance cannot cause the sourcing components to exceed their ratings and the output capacitance value should be selected such that the system does not go into
current limit or exhibit instability.
The input section of many DC-DC converters includes an LC filter. If this LC filter is hit with a step voltage, i.e., application of DC to the power system, the LC filter can ring up to a voltage level that can damage the internal circuitry of the power component. A common specification for maximum input dV/dt is 10V/ms. A mechanical switch or FET that closes too quickly can easily exceed a 10V/ms rise time. Using the Power Component Design Methodology, an input filter with current limiting would keepthe input to the DC-DC converter within its input dV/dt specifications.

Figure 1 shows the power system block diagram and Figure 2 shows the block diagram of the internals of a typical input filter. The input to a regulating DC-DC converter typically needs an input capacitor because it needs to see low-source impedance and insure converter stability over line and load changes. This capacitor needs to be charged slowly as to not exceed the maximum dV/dt, but fast enough to help achieve the less than 10ms start-up time of the power system. Starting at the application of system input voltage, Q1 in Figure 1, is off. At the undervoltage turn-on level the charge pump control block in Figure 1 will begin to enhance Q1 and raise the output voltage of the filter. This output voltage rise is controlled to not exceed the input dV/dt of the converter as well as control current drawn from the source.

To aid in achieving a less than 10ms start time, the filter must charge its output C as fast as possible. Selecting the lowest value of this output capacitor is best when designing for a fast turn-on time. Using an unregulated isolator at the output of the filter would be best because these require little to no input capacitance and because they don’t regulate, thus a control loop is unaffected. A good input filter will also include EMI and transient protection to meet Mil 461 standards for EMI and Mil 704 and Mil 1275 for input transients.

If an isolator is used at the output of the filter and the filter output rise time is controlled, then the output of the isolator will be controlled. The isolator’s output mirrors the input by the voltage ratio of the converter. This will keep the downstream regulators in Figure 1 within their input dV/dt specification range. The regulation stage does need input capacitance for source impedance requirements and stability. So this needs to be taken into account when determining capacitance seen by the filter. The isolator will reflect its output capacitance to its input and this will be seen by the input filter.

The input filter also keeps the source from exceeding its maximum current ratings. As an example, during a high dV/dt event such as a hot plug, mechanical switch or FET switch closing, the filter will shield any capacitance from seeing this high dV/dt. The power system source always has a maximum-current rating due to source capability, connectors and traces that go to the power supply. If these components see higher-current levels they can fail or become weakened and turn into latent failures.

In power systems that require less than 10ms start up, the input voltage to the supply must come up quickly as this timing is part of the 10ms start up. A quick start up into capacitance will result in high inrush current. The filter helps to reduce this inrush. Many filters have inrush ratings in Amps per output μF. If the rating is 0.007A/μF and you have 47μF at the filter’s output, then the inrush current is 0.007A*47μF or 0.329A.

When designing a power system for less than 10ms start up as shown in Figure 1, you will have several components that must become active and stay within each component’s power, voltage and current ratings. When the system input voltage is applied, the filter controller must wake up and begin controlling the filter’s output voltage, keeping the source current below its maximum and keeping the downstream converters within their maximum input dV/dt. When the downstream converters reach their undervoltage turn-on level, their internal controllers must wake up and effectively control their output voltages charging the output capacitance and in many cases the load current demand.

These wake-up times are cascaded and the resultant wake-up time has to be less than 10ms. Figure 3 shows the performance of a power system configured for a less than 10ms start up time. The system is configured with an isolator and two non-isolated regulators. The isolator allows the system to have a separate ground between input and output. The regulators are starting into a load of 25W and 33W. The start time from application of input voltage is measured to be around 4ms. This system is very scalable by simply adding power components in parallel or using components with higher power levels. Adding components in parallel also allows for redundant operation.

A better approach to building rapid start power systems
Designing an isolated power system with less than a 10ms start-up time is achievable and reliable when using the right components. The Power Component Design Methodology allows for a quick design turn because these proven components were designed with these specifications in mind. Their high efficiency and small size makes them perfect for many military applications.

Using the Vicor power modules, the power system can easily be configured, scaled and analyzed using the on-line Power System Designer Tool. This Power Component Design Methodology (PCDM) has any advantages over a discrete power system design. The PCDM is based on using a range of proven power modules as building blocks of the power system. These power subsections include input filters, transient protectors, power isolators, power regulators and output filters. In addition, the building blocks are small, lightweight, power dense components that are easily scaled for higher-power levels and redundancy. 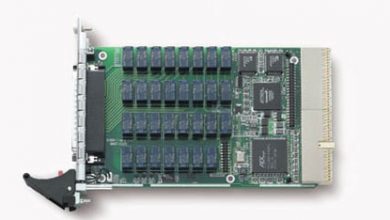 Top Switch Manufacturers in the World 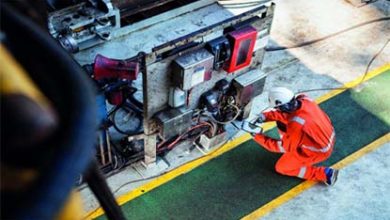 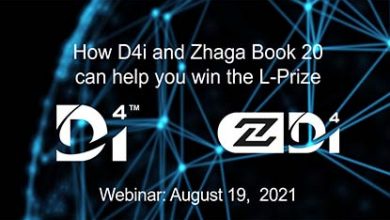 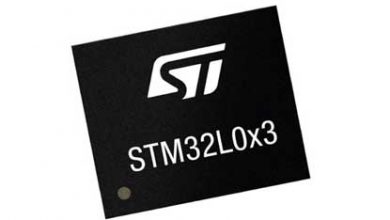 STM32L0 in UFQFPN48, Half the Size and Still 48 Pins for Sensor Fusion Applications 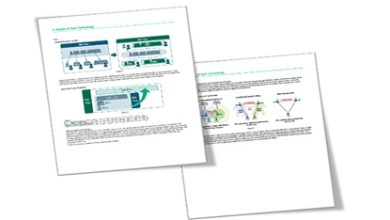