Digitally savvy women are helping to close the gender gap in the workplace thereby digital fluency, the extent to which people embrace and use digital technologies to become more knowledgeable, connected and effective, plays a key role in helping women achieve gender equality and level the playing field.

Accenture in its latest report ‘Getting to Equal: How Digital is Helping Close the Gender Gap at Work’ writes that empirical proof that women are using digital skills to gain an edge in preparing for work, finding work and advancing at work. While women still lag behind men in digital fluency in all but a handful of countries, improving their digital skills can change the picture.

“Women represent an untapped talent pool that can help fill the gap between the skills needed to stay competitive and the talent available,” said Pierre Nanterme, Accenture’s chairman and chief executive officer. “There is a clear opportunity for governments and businesses to collaborate on efforts that will empower more women with digital skills – and accelerate gender equality in the workforce.” 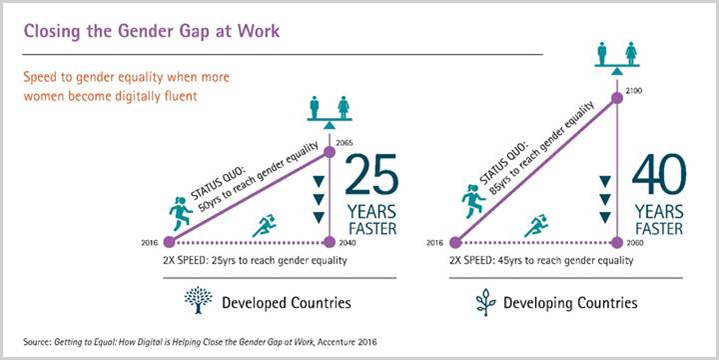 Although digital fluency helps women advance in their careers, its impact has not closed the gender gap among executives — or extended to pay equality. Men are still, by far, the dominant earners by household for all three generations. This will change as more millennial women and digital natives move into management. The research found that, in India, 75 percent of millennial and Gen X women surveyed aspire to be in leadership positions. 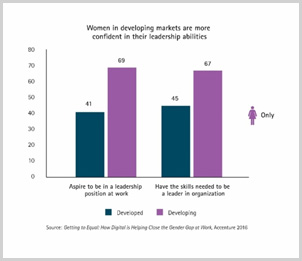 In India, men use digital to prepare for and find work more frequently than women (81 percent and 74 percent, respectively).  Yet, the research found that, when women and men have the same level of digital proficiency, women are better at leveraging it to find work. Nearly 60 percent of all survey respondents in India – men and women combined—agreed that digital enables them to work from home; 50 percent said it provides a better balance between personal and professional lives; and 506 percent report digital has increased access to job opportunities.

India had the second lowest score for its ability to close the gender gap through digital skills, according to the research model. The model helps measure how digitally fluent women are compared to men, as well as how much that fluency is helping to drive positive changes in their education, employment and advancement at work.

“There are many ways to narrow the gender gap in the workplace, but digital is a particularly powerful avenue,” said Joydeep Mukherkjee, a managing director and lead for Financial Services Industry Group. “Although gender equality will not happen overnight, investments made in building women’s digital skills — through education, training and on-the-job learning — will help speed their progress at every career stage.” 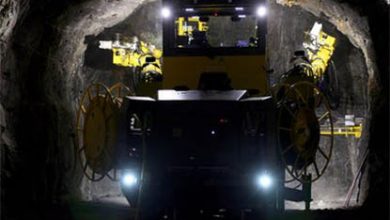 Electrification in Mines to Drive Mining to Next Level 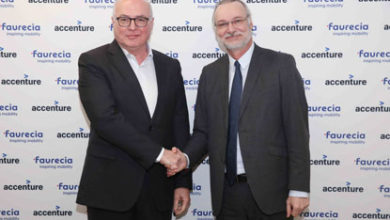 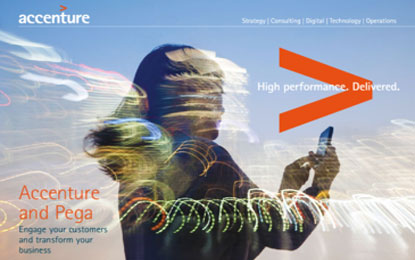