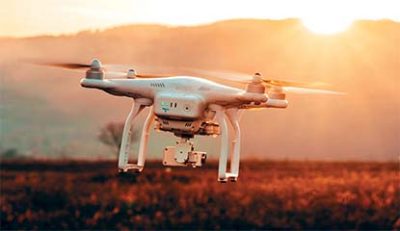 Over the past few years, we have seen the use of drones in various fields, the latest among them is the way drones have revolutionized the aerial photo and video shooting field with their extensive use in videography.

But what exactly does the word “Drone” stand for?

Let’s familiarize ourselves with the basic introduction of drones and how they have touched every area in today’s advancing world.

Drone or commonly referred to as Unmanned Aerial Vehicle (UAV) can be defined as an aircraft without a pilot aboard or in simple terms, an unpiloted aircraft vehicle.

They also have another name called multirotor. Normally, a multi-rotor consists of three or more propellers that can be used for flying or hover in any direction.

The most commonly used multi-rotor is the quadcopter, having four propellers. You might be quite familiar with it as it was used as the main scene in the famous Aamir Khan’s starrer movie “3 idiots”.

Moving on, Drones originally came into existence for military and aerospace industries use, but due to their extensive applications, they have spread out to other industries as well.

Drones operate without a pilot on board and have different levels of autonomy. Its autonomy level can differ from remotely pilot drone to advanced autonomous drones that rely on a system of sensors and LIDAR detectors to calculate its movement.

Drones can be classified under the type of distance they can cover as they can fly at varying heights and distances according to their construction.

Mid-range UAVs can travel to a 400-mile distance range and could be used for surveillance, scientific studies and meteorological research. Longest-range drones also referred to as “endurance” UAVs can travel beyond the 400-mile range and up to 3,000 feet in the air.

Accessing a drone remotely flying at varying heights and distances is what makes a drone a perfect candidate for some of the toughest jobs in the world.

Before diving deep into the topic of Drone Surveillance, let’s talk about what exactly we mean by the word Surveillance.

Surveillance refers to the act of closely observing any particular person, group of people, behaviors, activities, infrastructure, building, etc to manage, influence, directing, or protecting them.

Orthodox methods of surveillance used till now include GPS Tracking, stake-outs, camera observation, etc, among others.

All methods mentioned above have particular limits which can hinder getting the best results. But what if these limits can be surpassed with Drone Surveillance.

UAV is the perfect solution to this, with its remote access and aerial monitoring feature. 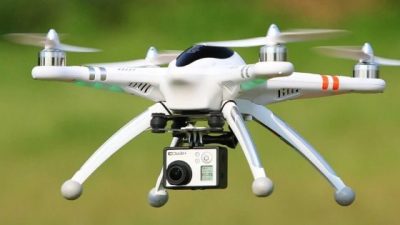 Drone surveillance introduces an easier, faster, and cost-effective method of information gathering and many other key advantages. Drones can enter confined spaces, with minimal noise, and can be equipped with features like night vision cameras and thermal sensors, thus allowing them to provide clear images that the human eye is unable to detect.

Equipped with all these traits, drones have transformed the surveillance industry and have shown the world its potential and future scope.

Security or Tactical: Drones come in different types and motors depending on their usage. As for high-level site monitoring, we normally prefer fixed-wing UAVs like border surveillance and high coastal monitoring. On the other hand, for live streaming detailed data or monitoring any intruder approach, multi-rotor UAVs are preferred.

Marine Defence: Drones are the best choice for marine defense as they can easily monitor and analyze any enemy ship around the target or can be used for protection services for yachts too. 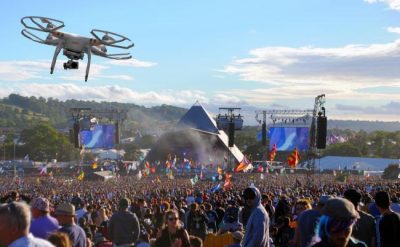 Event security: With their high-level monitoring capability and camera-enabled services and maneuverability, UAVs can be used for event security purposes.

Bridge Monitoring: Due to the vast number of bridges present and standing till now, their credibility to remain unbalanced is still questionable so UAVs provide monitoring services to the state of these bridges to prevent any future mishaps. 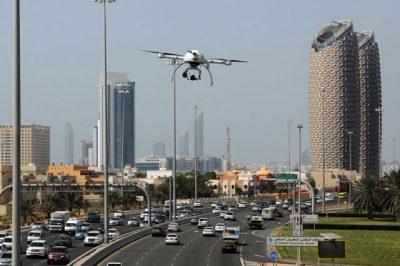 Traffic Management: Aerial surveillance provided by UAVs offers an efficient and cost-effective alternative to helicopters and static cameras. Unlike traditional methods used for traffic monitoring, drones provide live streaming of the current status of road networks and the congested areas and they can also be deployed to fly over specific roads for specific situations.

DJI: DJI comes under one of the top drone manufacturers lists and is specifically famous for their Mavic series. The Mavic series has become the ideal drone preferred by intermediate pilots and videographers with its classic model. The company also released the latest model this past year, Mavic Mini offering high-quality features and with only half a pound weight only.

EHang: EHang manufactures as well as designs drones that can be controlled entirely via a smartphone app. Specifically, their GhostDrone 2.0 offers some great features such as self-protection, which makes it automatically return in case of low battery or lost communication. 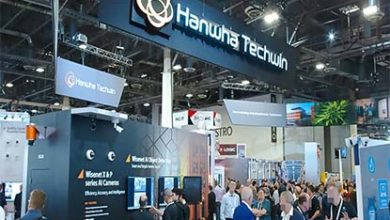 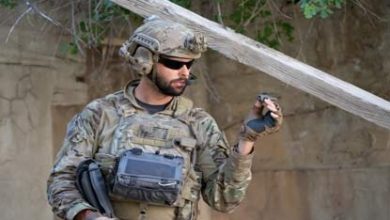 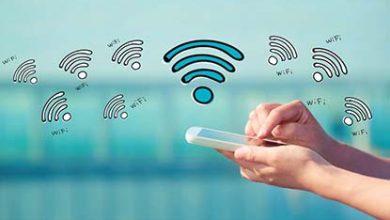 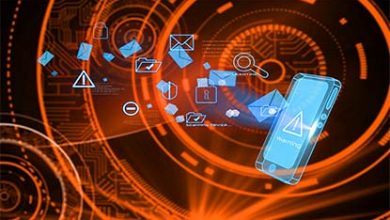 Encrypted Traffic – A Challenge for Operators