Throughout the 20th century, electricity has become ubiquitous and a requisite for day to day life. Unsurprisingly, the power grid constructed to support our need for electricity today is vastly complex, dealing with issues such as maintaining or replacing old systems, interfacing older installations with new green power generation solution, supporting and reacting to the fluctuating demand for energy, transporting energy over long distances or crowded areas and standards and overall ensure customer satisfaction. Interruption of service has thus been a strong focus over the past decades and has driven research in monitoring, predicting, and preventing complications within the installation. One physical phenomenon, partial discharge (PD), has been used to detect such issues. This paper introduces briefly the concept and benefit of partial discharge, the different technologies used to capture them, focuses on Ultra-High Frequency (UHF) system and more specifically on its data acquisition system before introducing data conversion solution suitable to build such systems

PARTIAL DISCHARGE AND WHY THEY SHOULD BE MONITORED

Partial discharges are electrical discharges occurring in the insulation layer of electrical equipment (cables, switchgears, circuit breakers, etc). They are called partial, as they do not completely bridge the space between the two conducting terminals.

Partial discharge can occur in many parts of an electrical grid, where high-voltage circulate and is surrounded by some type of insulation (solid, liquid, air). Due to their localized and repetitive characteristics, they build over time and result in insulation breakdown in transformers, power cables, and cable accessories. Being a good indicator of future breakdown leading to material replacement, it is a useful effect to monitor in order to enable early detection and plan preventive replacement through localized interruption of the grid with minimal impact to users. Today, the manufacturing process for modern cables is well known and established and thus few faulty pieces of equipment are produced and they are generally detected and discarded before reaching the installation stage. Thus, the most critical issue induced by partial discharge happens in joints and accessories. Monitoring partial discharge in any type of grid brings benefits in maintenance planning as previously mentioned. In addition, having the capability to localize the position of the partial discharge allows to quickly find and resolve the issue. This is particularly compelling for underground sections as digging has significant cost and generate further impact such as road closure.

HOW A PARTIAL DISCHARGE IS DETECTED AND LOCALIZED

Multiple technologies exist to detect partial discharge each with its own benefit, challenge, and use case. This paper focuses on Ultra-High Frequency (UHF) that requires a high-speed detection system to correctly detect the short pulses captured. Nevertheless, a short, non-exhaustive summary of the different technologies to detect partial discharge is presented in Table 1. Note that not all technologies mentioned below are suitable for all types of equipment. For example, UHF and optical technologies are more suitable for GasInsulated (GIS) EHV (Extra-High Voltage) transformers. In addition, multiple techniques can be used to improve the performance of the overall monitoring system. More detail on the different use cases, benefits and, challenges of the different technologies can be found in references [A], [B] and [C].

THE UHF ACQUISITION SYSTEM IS KEY TO DETECTION PERFORMANCE

One of the most critical components in the acquisition system is the ADC (Analog-to-Digital Converter) converting the sensor output into a digital stream of data that can be processed by the host PC. Due to the impulse nature of partial discharge, their UHF component can reach transient times below 1ns. For accurate capture of the pulse multiple parameters of the ADC need to be considered:

Sampling speed: this can also be understood as horizontal (time) resolution. This indicates how many samples the ADC captures per second. A higher sampling rate corresponds to a shorter time duration between consecutive samples and results in higher timing accuracy on the pulse. Theoretically, the minimum sampling speed needed to recover a given pulse is 2*Bp according to the Shannon-Nyquist theorem. With our previous example of a pulse bandwidth of 350 MHz, a 700 MSps ADC would then be sufficient. Once more the equipment objective will drive these requirements. If more complex information needs to be extracted from the pulse such as partial discharge location, partial discharge energy, or energy pattern, faster sampling may be necessary.

They are particularly suited for this role due to their parallel processing capabilities and advanced interface options. In addition, they are able to cope with the huge amount of data that high-speed ADCs generate. For example a quad-channel, 10-bit ADC operating at 2GSps generates 80Gbps or 10GBps of raw data. The FPGA is able to interface with the ADC, recover all the data, apply a first level of processing in real-time (e.g. digital filter, nonlinear noise suppression, digital baseline stabilization, etc), followed by a selection of the useful data based on complex triggering. In some cases a second level of processing (e.g. pulse analysis) is additionally performed in the FPGA in order to further reduce the amount of data that needs to be transferred to the host PC. Alternatively, this second level of processing can be performed in the host PC.

These two key components of the acquisition system are then surrounded by an eco-system comprising a frontend to condition the analog signal, on-board memory to support larger data storage, specific interface to host PC, and all power supplies necessary to support the solution as shown in Figure 2. Teledyne provides two types of solutions suitable for partial discharge equipment manufacturers:

Teledyne SP devices, based in Sweden, has been developing high-speed digitizers for the past 15 years focusing on high-speed solutions coupled with flexibility that enables customers to optimize the digitizer to their specific use case. Three digitizers in particular offer good solutions for UHF partial discharge detectors as summarized in Table 2.

As seen in the table above, the ADQ8-4X offers an interesting cost-optimized solution with a compact size and high channel count. It also supports synchronization between multiple boards and chassis with a precision of 200 ps facilitating a more complex detection system over a larger area. An 8 channels version with 1GSps sampling rate is also available (ADQ8-8C). The ADQ14 offers a higher resolution than ADQ8, and therefore enables more precise pulse measurement. It is available in single-, dual- and quad-channel configuration where the latter is suitable for systems that want to localize or quantify the partial discharge effect.

Lastly, for extreme performance, the ADQ7DC offers fewer channels but with significantly higher sampling speed up to 10GSps enabling high-performance, high bandwidth equipment. All three digitizers come with different firmware options that range from general acquisition and triggering function up to firmware development kit option where the user can implement their custom algorithm within the on-board FPGA.

On the software side, the user friendly Digitizer Studio GUI enables easy configuration, acquisition, display, analysis, and storage of the data. While API and example designs enable optimizing the software for the requirement of more complex and/or dedicated systems. In addition, ADQ14 and ADQ7DC are both available in a 10GbE form factor. This can be an advantage in harsh environments such as sub-stations as it provides complete electrical isolation between the digitizer and the host PC. The optical fiber also means that the distance between the PC and the digitizer can be long, which is adequate in large facilities where multiple measurement points are spread out over a large area.

Teledyne e2v, based in France, has been developing high-speed data converters for the past 25 years and has been leading the market in high-speed quad-channel ADCs technology. Two main ADCs offer an interesting set of specifications for UHF partial discharge detectors as summarized in Table 3.

Both EV10AQ190 and EV12AQ60x offer quad-channel capabilities up to 1.25GSps and 1.6GSps respectively. Equipment that aims at localizing the partial discharge can thus achieve it with a single ADC component. In addition, 4 channels in a single component lead to less channel-to-channel variation compared to 4 channels on two devices, translating into a better correlation between the captured partial discharge and thus more precise trilateration. The EV12AQ60x is an evolution of the EV10AQ190 and as such brings additional benefit:

Additionally, due to the choice of Bipolar and BiCMOS technology, these ADCs offer very fast rise, fall, and settling time resulting in more precise pulse capture. Figure 4 shows measurement results on the EV12AQ60x. The value in the table indicates the actual performance of the ADC as the impact from the input signal’s performance has been de-embedded and only the ADC performance is considered. With such performance, the EV12AQ60x can support measuring signals with rise and fall times down to about 250 ps with accurate precision.

Note that this measurement setup was not optimized, and in particular AC-coupling capacitors are present on the test hardware which results in degraded rise and fall time. Thus better performance than the result shown below is expected when the hardware is optimized for the capture of fast pulses. The capability for four channels per device is also interesting in order to extend the dynamic range through the use of parallel data capture paths with staggered attenuation settings. This allows to improve the dynamic performance of the signal measured while having the four channels on a single device reduces unwanted effect such as mismatch between channels (offset, gain, and phase) and impedance mismatch leading to reflections. This architecture can also be extended over multiple ADC to further improve dynamic performance if required as mentioned in reference [H].

In order to cope with our ever-increasing energy consumption, the power grids keep updating both their electricity generation, storage and transport capabilities. Monitoring these complex installations is paramount to improve the reliability of the grid and avoid damaging interruptions. As discussed in this paper, UHF partial discharge detection is a viable solution and integrated alongside complementing technologies enable detection and prevention of partial discharge related issues.

Additionally, Teledyne SP Devices and Teledyne e2v offer COTS products matching the requirement of the high-speed acquisition system at either the hardware or the component level enabling our customer to design mid and high-performance UHF partial discharge detection equipment.

‘Cyber-crime’ Before and After Lockdown 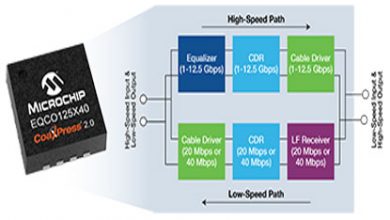 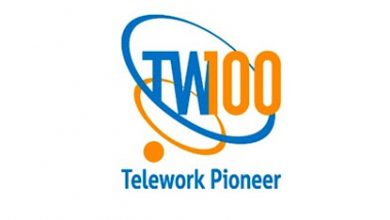 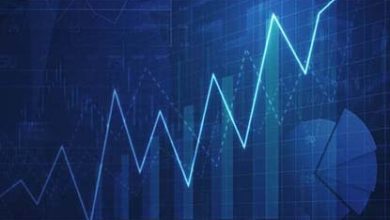