BANGALORE / MUMBAI, India:  GajShield, a principal provider of Network Security and Email Security, records an impressive growth in 2013 with continuous wins in all the major verticals. With an outstanding customer base in major verticals reading in the order such as, viz manufacturing, finance, services, technology, healthcare etc, GajShield has tapped almost all the verticals.

GajShield is the only UTM service provider which gives an organisation complete control by providing ‘Visibility’, ‘Monitor’, ‘Detection’ and ‘Prevention’ of data being sent out of the enterprise. GajShield’s growth has accelerated due to the improved security features that GajShield provides to the customers. To backup this fact, GajShield has doubled the number of customers in 2013 in the manufacturing vertical compared to 2012. This outstanding success has empowered more and more manufacturing customers as well as financial institutes to select GajShield’s services for their data protection.

Its worthwhile witnessing Customers across various major verticals today rely on GajShield solutions, as shown in the graph below:-

Mr Sonit Jain, CEO at GajShield reportedly said that “We are very happy to achieve such a great success reaching out to almost all the major verticals. This success simply shows that our solutions have helped organizations in securing their business applications and data. We would like to keep this momentum going high with every passing year. We would look forward to strengthen our business in the current verticals and aggressively target to tap the new emerging verticals.” 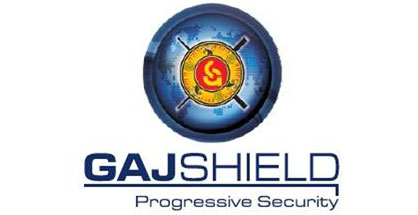 “GajShield” being game to lend Quicker Support to Associates, Patrons