Google has been on the shores to outfly Indians online – now taking a step forward Google CEO Sundar Pichai and a team of Google product, ‘Google for India’ event in Delhi, asserts latest steps to bring more Indians online and giving them a never before experience.

The announcements underlined a January launch date for free WiFi in Railtel stations to new training programs for two million new Android developers over the next three years that make it easier for Indian developers to build solutions to local problems.

“Mobile has proven to be a great equalizer, giving access to computing to a billion more people and counting. But there are fundamental questions around how to ensure a truly inclusive, open Internet for everyone,” said Pichai. “We are here to talk about our journey — about where we’ve come from, where we are, and where we are going to help everyone get as much from the Internet as you and I have.”

Pichai laid out Google’s three-step approach to promoting the Internet in India to help solve the current challenges.

First, Google aims to give people in India and other developing countries better access to the full Internet through better connectivity and high-quality software.

Third, Google wants to make it easier for Indians to build on top of Google’s global platforms like Android and Chrome to build solutions to local problems.

“By 2018, more than 500M users will be online in India, from all 29 states, speaking over 23 languages. But in 2020, over 30% of mobile internet will still be from 2G connections. Google has been on a long journey in India to build products that connect more people, regardless of cost, connectivity, language, gender, or location,” added Rajan Anandan, Vice President of Google in India and Southeast Asia. Technology is the secret sauce for India’s transformation: Jayant Sinha 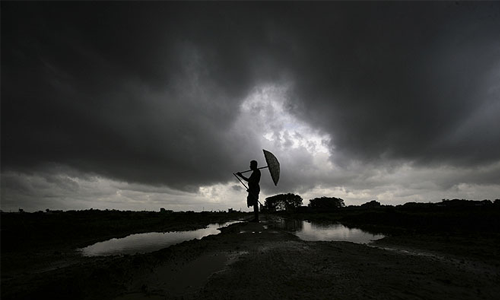 The Cloud Independence in India – Five Solid Reasons to Define!