The global IoT MCU Market is forecasted to reach USD 4.61 Billion by 2026. APAC is expected to hold the largest market and is forecasted to reach USD 1.61 Billion in 2026, at the highest CAGR of 15.28% during the forecast period followed by North America. This is mainly accredited to advancement in technology innovation and increasing adoption of the automation technologies in various industry verticals.

MCU in an IoT 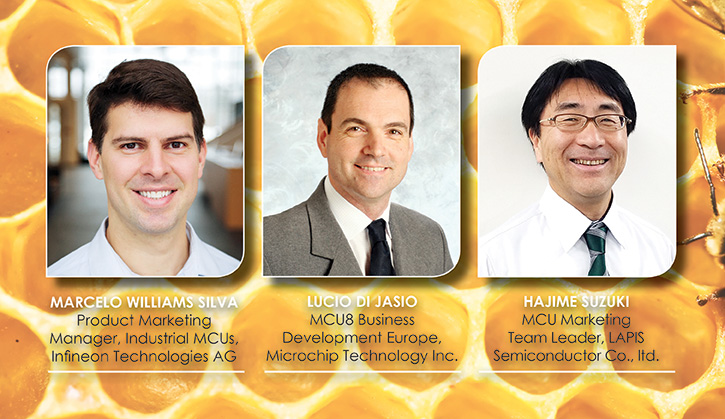 At the heart of IoT systems is a processor unit or microcontroller (MCU) that processes data and runs software stacks interfaced to a wireless device for connectivity. Requirements for both the MCU and wireless device are specific to the end application and system requirements. Microcontroller for Your IOT Designs and advanced IoT sensor nodes consolidate sensor functions and use either an 8-bit MCU or a 32-bit device to run a small radio frequency (RF) protocol stack. These devices are typically battery powered and connect to gateways where heavier processing and data transmission occurs.

The development of IoT microcontroller unit is powered by the rising demand for smart houses, smart wearable, mobile phones, tablets and computers among others. The use of MCU with IoT and Microcontroller for Your IOT Designs to handle various operations like automobiles, processing needs and applications has increased rapidly and acts as an integral part of the smart grid systems. The market segment for automotive is the major contributor in the market share for 8-bit IoT microcontrollers, with a market size of USD 2.25 billion in 2018, and will continue to dominate the market throughout the forecast periMicood with a projected growth rate of 5.77%. The market for smart home applications for 4-Bit type IoT MCUs is forecasted to reach USD 4.2 million in 2026, at the highest CAGR of 8.41% during the forecast period.

Ahead, churning every facet of IoT MCUs, we got along the experts from Infineon, Microchip and LAPIS Semiconductor(A ROHM Group Company)  of this domain, who have been facilitating to encore the rise of next-gen IoT MCUs. So when planning any element of your design, this article congregating,   Marcelo Williams Silva | Product Marketing Manager for Industrial Microcontrollers | Infineon Technologies AG; Lucio Di Jasio | MCU8 Business Development Europe | Microchip Technology Inc. & Hajime Suzuki| MCU Marketing Team Leader | LAPIS Semiconductor Co., ltd. takes you to the unheard tour of IoT MCUs, keeping your design mood afresh.

Challenges for MCUs in the World of IoT

Today, not just have good silicon is enough. We have to extend tools and ecosystem. This is where Infineon MCUs are focusing this year, states Marcelo.

Lucio pens, I believe there is a general agreement that security is the number one concern in IoT, and this has important consequences on how developers choose an MCU and software architecture. This presents developers with a major challenge, as most embedded developers already see the networking and cloud aspects of the IoT design as hard.

Security just compounds the difficulty. Because security cannot be an afterthought and must be considered at every step of the development cycle, no shortcuts can be taken. The fact that most developers also seek a single chip (or single package) solution makes things even worse, creating a software stack that has way too MCUsmany layers and too many poorly understood interactions among them.

Citing about their inception and focus, Hajime says, LAPIS Semiconductor was established through a spin-off of the semiconductor business of Oki Electric Industry Co., Ltd. on October 1, 2008. With the establishment, we made a new start as a member of the ROHM group. LAPIS have been developing MCU which work for sensing (input), calculating/processing (cpu) and indicating/sending (output) in IoT. For example, analog functions and performances such as A/D Converter, Comparator, voltage detector and LCD driver enhancement are continued to support IoT applications. IoT means everything connects to internet and stores data on server as big data. So, whenever IoT is mentioned, server and high-speed network is focused. However, LAPIS MCU target is human interface and sensing of edges for IoT applications. LAPIS have a plan to develop 16bit MCU with original CPU core as general purpose and ASSP. 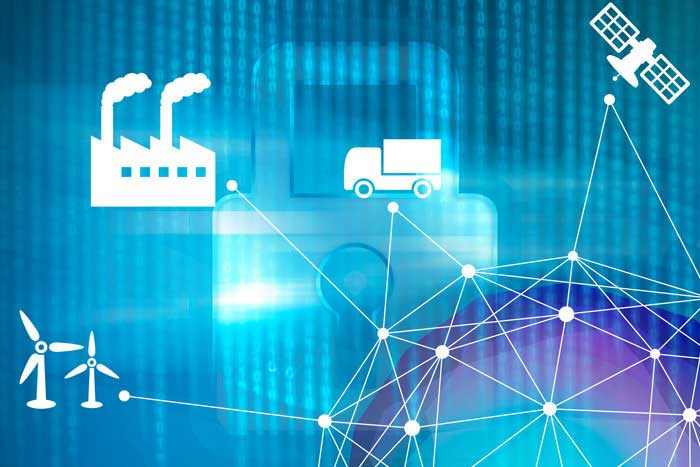 Citing his expertise, Lucio mentions, I believe that development should be “partitioned,” separating development concerns as much as possible through a modular approach in both software and hardware. Instead of adding cryptographical support to every MCU, we advocate the use of secure elements (i.e. CryptoAuthentication™ ICs, such as our ATECC608A). These devices provide the necessary cryptographical performance through custom hardware blocks, delivering more energy efficiency and protecting the application’s “secrets” (e.g. private keys, certificates). The ATECC608A physically separates the keys from the rest of the application and stores them in custom-designed non-volatile memory structures, protecting the keys from tampering better than they ever could be in general purpose processors (MCUs).

Because the IoT is a matrix of many wired and wireless options, connectivity should also be modularized so that the stacks (TCP/IP, GATT etc.) are managed by smart controllers (i.e. modems or Wi-Fi® modules, such as our WINC1500). What is left in the application is supervision and sensor/actuator management, which can be performed by very low-power, low-cost processors such as Microchip’s PIC® and AVR MCUs.

Whereas, Marcelo thinks, Great IoT MCUs, need to have great connectivity features for sure, but its not enough. IoT runs around adoption. Cloud providers like Amazon AWS and Google Cloud facilitate the adoption for these markets and push the silicon providers together. The supplier must be listed on the major IoT suppliers as authorized device to facilitate the way for the user and the supplier.

Specifying on what customers want to do in IoT environment, Hajime said, LAPIS think that they want to detect surrounding situation (sensing) and to calculate the data to summarize result. One of the important things, noise immunity should be considered for industrial. Noise resistance of LAPIS MCU is very high and is available to work at 5V voltage and high temperature environment. And, to support customer considering how to sense, how to operate, how to calculate and how to output, LAPIS provide general purpose MCU lineup and unique ASSP MCU products.

Marcelo underlines on the application end, stating, there are 2 major application focus on IoT: concentrators and end points. On end points, usually the device is battery powered based. For that power consumption, size and integration are key of success. On the concentrator side power consumption is not a major feature since they are usually direct connected to power, but connectivity and processing power. Infineon is focusing on the concentrator market, where we have the XMC4000 series with multiple CAN and serial communication channels for these IoT applications.

– Data flash for logging data because a logging becomes important for analysis operating history and conditions in industrial sector IoT.

Lucio believes, it depends on the project at hand, as IoT is a very generic term. Some applications are very sensitive to power consumption, while some require extreme precision sensing or actuating capabilities. In the modular approach (described above) we can focus on the needs of the application and spend time selecting the perfect MCU for the task without sacrificing (or limiting) the solution from a connectivity and/or security perspective. 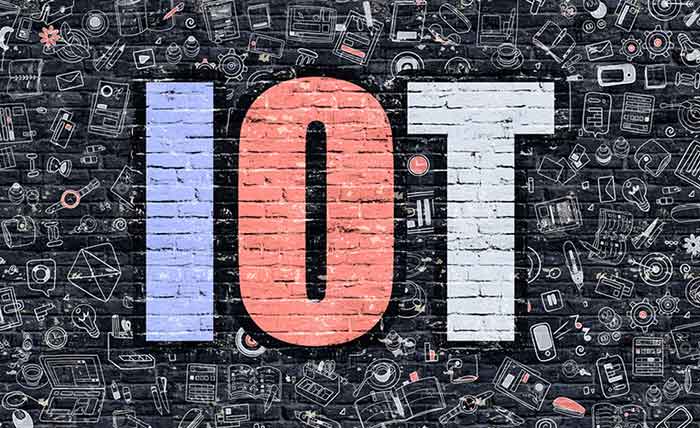 For ROHM, One of LAPIS MCU target markets and key applications are monitoring application such as data logging and machine health, in logistics, warehouse and factory. Those markets need to change their management by monitoring and to improve management efficiency. On the other hand, our MCU is already working in household application, air conditioner, gas-equipment, lighting and FAN, etc. Of course, those applications are our strong target application, Hajime noted.

Sensing the sensors, Lucio believes, I believe the future of IoT is made of very small sensors/actuators. Like capillaries in a very large system, they are going to be ubiquitous, and although individually they will produce very small streams of data (few bytes per minute), their number will be huge, as in billions. The cloud will be able to digest the resulting aggregate volume of data and extract insight from it using AI and machine learning, but the challenge is in the scalability of the design process. There are millions of embedded applications that have been developed in the past 25 years, and if we are to redesign them all from scratch using brand new MCUs, it will either take us years, or we are going to end up with some really inefficient and/or insecure solutions. We need rapid development tools, such as Microchip’s MPLAB® Code Configurator and Atmel START, and we need a modular approach to scale up!

Positioning Infineon’s focus, Marcelo specifies, home Appliances, home & factory automation and lighting are the “traditional” and biggest markets today. There are new exploring markets for AI, which will bring more possibilities for IoT and different needs, like more power processing for voice and image recognition. Infineon is addressing these markets currently with our connectivity kit, that enables the Infineon customer to have full cloud experience.www.infineon.com/connectivitykit We will have AURIX coming soon to this IoT applications that need more performance.

Products to Look Out For

At Microchip, we don’t believe in silver bullets. We have a large portfolio of solutions that range from the smallest PIC® and AVR® MCUs to dsPIC® Digital Signal Controllers (DSPs), and MIPS/Arm®-based 32-bit MCUs and MPUs. Within this portfolio, we can offer fully integrated solutions (SiP/SoC) as well the smarter modular ones described above. In other words, to cover the entire IoT matrix you need all of the above options, and then you must multiply that by a number of wired and wireless connectivity options. To summarize, I’ll present a range of products/technologies that offer different benefits for various IoT applications. To start, we have the compact ATECC608A secure element, featured on our new MCU-based AVR-IoT WG and PIC-IoT WG development boards. Next, we have our latest SAM L10/11 32-bit MCUs, based on the Arm®-Cortex-M23 core. And finally, we have our SAMA5D21 System on Module (SOM). Combine all these options with a range of connectivity solutions, and you have various smart, connected and secure options to suit your IoT design’s needs, said Lucio.

Marcelo cites, Our main product for the IoT concentrator side is the XMC4000 family. On this family we have our connectivity kit, which create a great first impression to our customers. www.infineon.com/connectivitykit . Besides the hardware, Infineon is partnering with Amazon AWS, Google cloud and AliOS to enhance the customer experience and facilitate the way to be connected to the cloud.

One is ML630Q46x for which is data logger. This MCU features special memory for data logging and security IP to protect logging data.

Another is ML630Q791 for which is sensor hub. This MCU is customized for sensor-fusion. Please see our web site in detail. 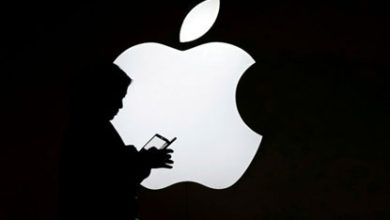 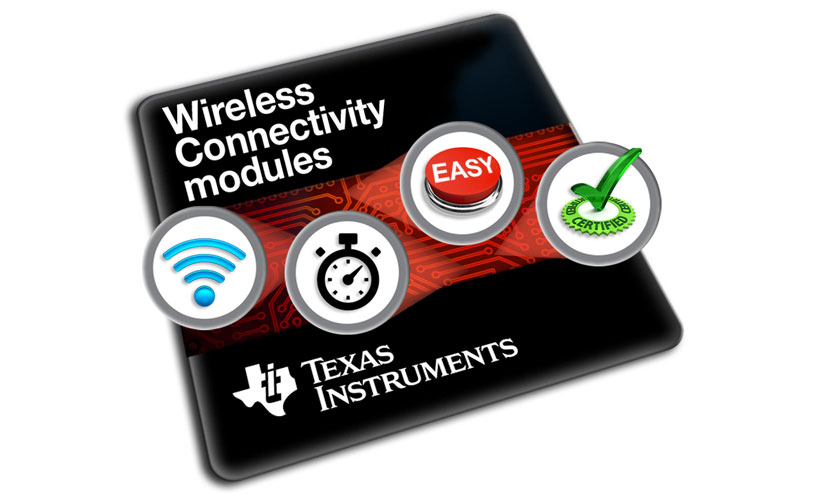 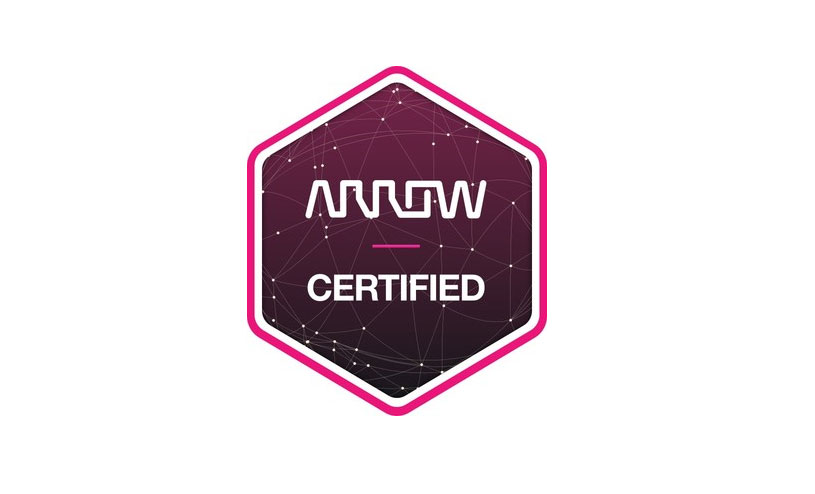 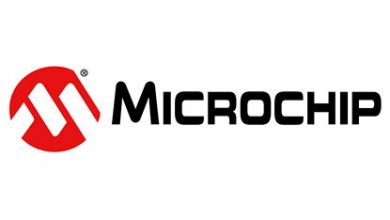