With three per cent share of global electronic production, India may seem to be on the first lap of the marathon to become the global electronics manufacturing hub, but it is steadily gaining pace. Powered by the third largest pool of scientist and technicians, the Indian electronic segment was projected to reach an estimated $400 billion by 2025.

However, the road ahead is not without challenges. The manufacturing sector in India is recovering from a massive contraction of 40% in the first quarter of FY 2020-2021 due to COVID crisis. Consequently, it is but natural to expect the electronics manufacturing segment to share similar fate. Furthermore, Indian policy is also under tremendous duress owing to geostrategic and International affairs, especially with our neighboring country and India’s biggest competitor China. Like many other major economies, India has been dependent on imports from China, which enjoys 28% of global manufacturing output. For instance the value of electronics components used in smartphones and televisions sourced from China is estimated to be as high as 75%.

However, with changing world dynamics and the massive push from the Indian government to create Atmanirbhar Bharat, the country is looking at the big opportunity to be a global electronics manufacturing hub. As per the Government of India, the electronics manufacturing is set to grow with a rate of 30 per cent for the next 5 years, bringing in Rs 11.5 lakh crores worth production during this period. The industry is also expecting to project a growth in exports of electronic products by 40 to 50 per cent annually over the next five years.

Despite tackling the public health crisis, the Atmanirbhar Bharat and Make in India missions complement each other and are designed to set the direction for India’s growth. By boosting Make in India, the industry will be expanding our capabilities for manufacturing at a global scale.

Supporting the ambition to be a global electronics manufacturing hub are various government schemes. The Indian Government just last year proposed the National Policy on Electronics, formulated by the Ministry of Electronics and Information Technology, which not only aims to make India the centre of Electronics System Design and Manufacturing but also aims to achieve a turnover of US$400 billion in the next five years.

A number of incentive schemes like Modified Incentive Special Package Scheme (M-SIPS) and Electronic Development Fund (EDF), which covers risk to both industry and academia for R&D of new electronics technology, have been launched by the government.

Furthermore, the Government has introduced three schemes worth Rs 48,000 Cr such as Production Linked Incentive (PLI) Scheme, Scheme for Promotion of Manufacturing of Electronic Components and Semiconductors (SPECS) and Modified Electronics Manufacturing Clusters (EMC 2.0) Scheme at work which are expected to reap rich dividends in the years to come.

PLI scheme introduced in April 2020 aims to boost domestic manufacturing in mobile phone manufacturing and specified electronic components by attracting large investments in the segment. Launched with PLI, SPECS will provide financial incentive of 25% on capital expenditure for an identified list of electronic goods which include products, such as electronic components, semiconductor/ display fabrication units, ATMP units, specialized sub-assemblies, and so on.

EMC 2.0 will help the industry by strengthening the linkages between domestic and international market by bolstering supply chain responsiveness, consolidation of suppliers, decreased time-to-market, lower logistics costs, and so on. These policies are also in sync with the vision of Digital India, and will boost the manufacturing of low-technology goods domestically. The Digital India Program is not only to ushering in a digital revolution within India, integrating the country and democratising technology for the masses, it is also creating one of the biggest untapped market reachable for digital technologies.

Consequently, India has over 700 million internet users which is projected to grow to over 974 million by 2025. This has been largely made possible due to the penetration of mobile technologies, with 73 per cent India’s total web traffic come from mobile phones. With 5G around the corner, along with speed and network accessibility, the industry expects a high surge of relevant electronic devices.

It has already been highlighted that India is home to the third largest pool of electronic scientist, engineers, and technicians, which benefits the industry as manufacturing electronics need low-level specialized skillset, unlike high-end machinery. However, to really become a manufacturing giant, India needs to develop capabilities in all forms of production as well as invest heavily on research and innovation.

Along with the aggressive measures by the government in its support to the industry, there are winds of change blowing in geopolitics. Major world economies are alarmed by the aggressive stance of the present manufacturer of the world in more matters than one. They are also realising the mistake of putting most of their eggs in one basket. At this point, countries like Japan and USA are looking at India as the strongest alternatives. In fact the fourth largest investor in India, Japan has gone ahead to the extent of financially supporting its companies to shift their base from China to other countries including India.

This is the biggest opportunity for India to ramp up its capabilities and unleash its potential by being the global manufacturing destination. However, these positive trends have to be matched by initiating domain skilling at a large scale; ensuring better physical, water, and power infrastructure; creating conducive business environment and allowing competition to flourish.

Till 2019, the manufacturing industry was growing at a CAGR of 5 per cent, contributing about 14% to India’s GDP. It is recognized as one of the most crucial sector to generate mass scale employment, create demand, and contribute to national wealth. For India, the sector is most suited to become the single largest factor for economic revival and growth in the time to come. 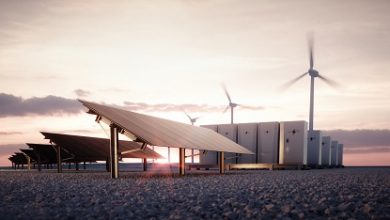 Renewable Sources of Energy and the Role of Electrolube 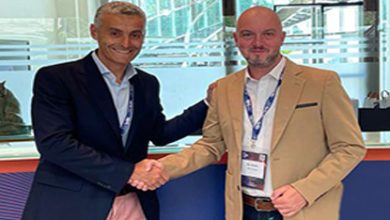 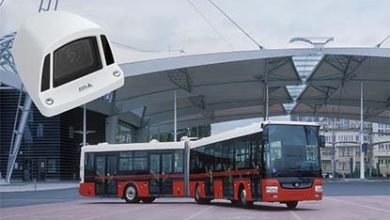