High-end smartphones with foldable displays and other components are expected to appear in the marketplace starting 2019 to 2020, and there is a need to create thinner and highly durable flexible touch panels.

Tanaka Kikinzoku Kogyo K.K. is known to have discovered a single-sided, dual-layer wiring structure for metal meshes used in touch sensors. The company also claims to have found a method of manufacturing the structure and has commenced development for commercial application.

This technology will contribute to higher image quality, thinner devices, increased flexibility, and improved durability of smartphone touch panels and other applications.

Tanaka Kikinzoku Kogyo discovered a technique for forming both the X sensor and Y sensor wiring on a single layer flexible substrate.

The discovery was based on the results of research conducted by Professor Tatsuo Hasegawa, Principal Research Manager at the Flexible Electronics Research Center of the National Institute of Advanced Industrial Science and Technology.

The discovery was made by applying the metal mesh wiring technology developed under consignment from April 2014 to September 2017 and forming overlapping silver nano-ink wire circuity on one side of the film (creating a single-sided, dual-layer metal mesh film). As a result, only one sensor substrate is needed. This will contribute to reducing costs as well as improving touch panel image quality and making panels slimmer.

Tanaka Kikinzoku Kogyo also discovered a transparent (conducting) electrode formed by etching indium tin oxide (ITO), which is commonly used in current touch panel sensors, on a glass substrate and created a structure expected to improve bending strength (increased flexibility) that even metal mesh films cannot withstand as well as a method of manufacturing this structure. 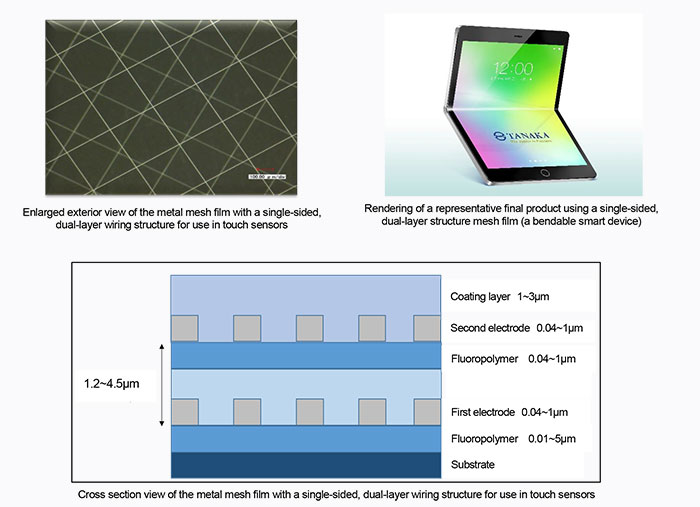 Features of the New Technology

– By using a low temperature sintered silver nano-ink and a SuPR-NaP technique for pattern formation instead of etching, fine wires less than 4 um (2 um – 4 um) can be formed.

– Long films can be produced using a roll-to-roll process. 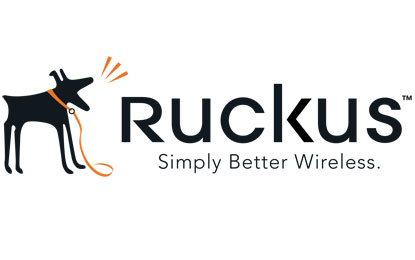 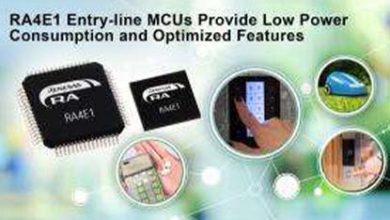 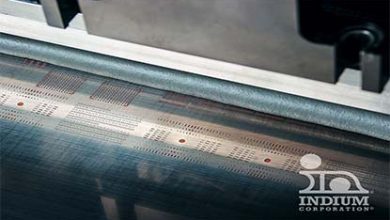 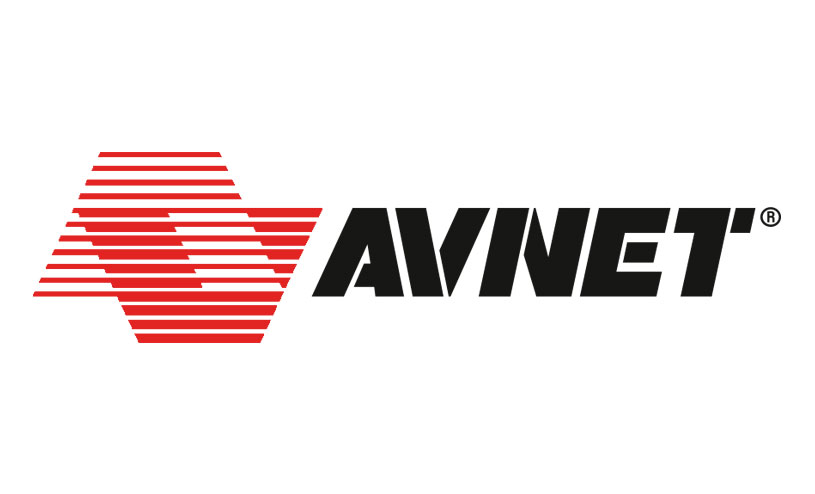