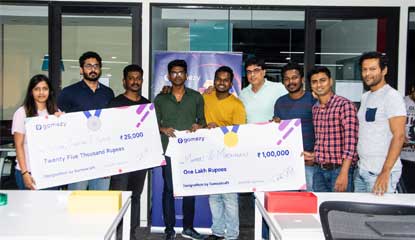 Gameskraft, India’s fastest growing gaming company, recently hosted ‘Designathon’, a one-of-its-kind hackathon event dedicated to gaming in Bangalore. Held on March 2 and 3, 2019, the two-day mega event saw a massive turnout, with Product Designers, UX/UI Designers and Product Managers actively participating in diverse creative tasks that were assigned to them. The ‘Designathon’ was part of Gameskraft’s promotional campaign for its upcoming gaming platform Gamezy.

Sharing his views on the event, Prithvi Singh, Founder, Gameskraft, said, “It’s not been long since we began our journey, but the response we have received is overwhelming, to say the least. Gameskraft forayed into the gaming industry with Rummyculture in late 2017, which has become widely popular. Now, we are all set to launch a fantasy gaming platform called Gamezy, where users would get an opportunity to showcase their skill and earn more rewards. The Designathon event was organized to bring together gaming professionals across the industry and foster a unique environment that lets the best talents in the business show off their skills. The response has been great and I would like to thank all the teams for participating.”

With exciting prizes for the winners and participants, the debut edition ‘Designathon’ was a huge success. Maharaj (Adobe) and Madhanraj (Cyware) emerged as winners along with the runner up Afthab, Chanchal, Karthir (NID Students). They were awarded cash prizes of Rs. 1 lakh and Rs. 25,000, respectively. Moreover, promising candidates were also given the chance to be part of team Gamezy.

Founded in 2017, Gameskraft is a new-age gaming company offering web-based and mobile games that are differentiated by their transparency and user-centricity. Uniquely designed, these games are completely safe, secure and ethical, providing players with an ultimate gaming experience. 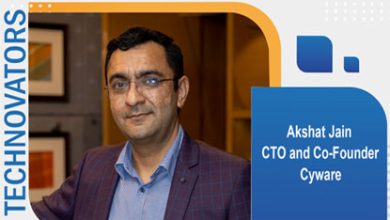