At a media briefing, Intel delineated its strategy to expedite its advance in India, power driven by an augmented focus on new mobile form factors like 2 in 1s and Tablets. It also showcased a portfolio of these devices available in the Indian market today, presented by a number of OEMs.

At the high end of tablets, some patrons are cherry-picking 2 in 1devices to be able to avail the best of both worlds. 2 in 1 devices signify a new-fangled category of computing. OEMs are developing an array of devices that afford consumers with a choice, merging the creation capability of a notebook or for that matter laptop and the consumption capability of a tablet into the one device.

At the press briefing, Intel displayed an array of Tablets and 2 in1s from Acer, followed by ASUS, Dell, ECS, HP, and Lenovo. Intel projects the overall tablet demand in Asia Pacific and Japan to be up by 32 per cent Year-on-Year in 2014. Specifically, India, Indonesia, Japan and Australia will equate to 59 per cent of tablet demand. Tablet demand in India is forecast at 18% of the Asia Pacific and Japan (ex-China) demand for fiscal 2014.

As stated by Sandeep Aurora, Director-Marketing and Market Development, Intel South Asia, “There are over 200 million middle-class potential customers in India alone for different screen sizes across different price points. We are seeing a lot of traction in the 7 to 9 inch space here. We are working with our OEM partners to bring Intel-based tablets starting Rs10, 000. We are also being aggressive in customizing our solutions for the enterprises as well as manifesto driven state governments.”

Founded on a new low-power, high-performance microarchitecture “Silvermont,” (announced in May 2013), “Bay Trail” arrives as Intel’s first tri-gate 3-D 22nm quad core SoC and its most powerful processor to-date aimed at tablets and other sleek devices that deliver a balance of performance, features and battery life. The flexibility of the Silvermont microarchitecture allowed Intel to make available multiple variants of the platform to market for the tablet, 2 in 1, entry laptop and desktop and all-in-one (AIO) segments. “Bay Trail-T” is the next-generation 22nm quad-core Intel Atom SoC for tablets and 2 in 1 devices.

The “Bay Trail-M” and “Bay Trail-D” parts are for innovative entry-level laptops, 2 in 1s, desktops and AIOs that will be brand-named Intel Pentium and Intel Celeron.

On display at the event was the Baytrail-M based Lenovo Ideapad Flex 10 Laptop and a few Baytrail-T based devices like the Asus Transformer Book T-100, Dell Venue Pro 8 tablet as well as the HP Omni10.

Correspondingly, coming soon is the next-generation 64-bit Intel Atom processor, code-named “Moorefield” in devices projected to be available second half of this year. Building on the Merrifield feature set, Moorefield augments two additional Intel architecture (IA) cores for up to 2.3GHz of compute performance, an enhanced GPU and support for faster memory. Moorefield is optimized for Intel’s 2014 LTE platform, the Intel XMM 7260, which the company introduced at the Mobile World Congress earlier this year.

Earlier this month, at Computex Taipei, Intel announced that 130 new Intel based Android and Windows tablets are being red carpeted in the market from global OEMs and ODMs this year. Intel also unveiled the 14nm Intel Core M Processor for Fanless 2 in 1 Designs which will be the first 14nm product in market in the second half of this year.

It is the most energy-efficient Intel Core processor in the company’s history. Noting progress toward bringing the company’s first integrated mobile SoC platform for entry and value smartphones and tablets to market in the fourth quarter of this year, Intel President Renee James made the first public phone call making use of a smartphone reference design founded on the dual-core Intel SoFIA 3G solution.

In order for computing to become more personal, Renee James held that it needs to meet people on their own terms, making interaction more accepted and spontaneous.

She highlighted stories of collaborations and new advances to bring Intel RealSense technology and 3-D cameras and supporting applications to a growing number of 2 in 1, all-in-one, tablet and other personal computing devices.

James stated that the Intel RealSense software development kit 2014 will be made available to developers in the third quarter of 2014, providing opportunity for developers of all skill levels to create natural, intuitive user interfaces. Giving emphasis to Intel’s support and commitment to the software ecosystem, the company will hold the $1 Million Intel RealSense App Challenge 2014, and the ideation phase will begin in third quarter of fiscal 2014.

Game for Goalr? The Dynamics of Predicting the World Cup 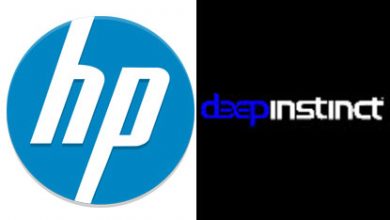 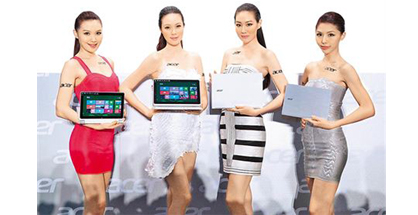 Acer largesse Back to School Campaign 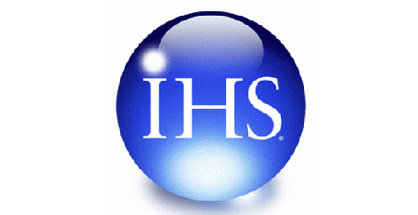 Wearable electronics to reach $70 million in terms of battery revenue