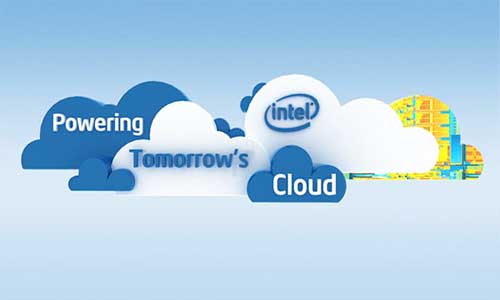 The semiconductor biggie Intel has well-understood the potential of Cloud – Intel’s venture arm is known to announce $100 million investment on the next-gen of computing, Intel will lead a $75 million equity investment in Mirantis, a start-up specializing in open-source cloud software, and will spend another $25 million on bolstering its own resources for working with Mirantis-type products, reports.

Many longtime Intel partners like Hewlett-Packard, Dell and IBM also make this kind of software, called OpenStack. Not long ago, the chip king would have been happy to lean on their work.

“A new world is coming, and it is inevitable,” said Diane M. Bryant, who runs Intel’s business in chips for industrial-size computing centers. “Everyone has to act differently.”

Intel has also invested a reported $700 million in Cloudera, a start-up focused on data analysis. Cloudera looked as though it could work well in cloud systems, Ms. Bryant, of Intel, said. The more people store and analyze data, Intel figures, the more they will consume Intel’s chips to do the analysis.

“We’re seeing a very major transition,” Ms. Bryant said. Computers used to be white boxes that businesses turned to for efficiency and data storage. Now they are smartphones in pockets, and they continue to move into all manner of devices, combining with sensors and cloud systems to deploy and manage intelligent machines everywhere imaginable.

The Intel investment in Mirantis also shows how old alliances among tech companies are changing into more nebulous combinations of partnership and competition — co-opetition, as it is often called — driven by what appear to be permanent changes to the industry.

Mirantis could be a hedge against that shrinking pool of customers for server chips. Mirantis software is a so-called open-source product; the same kind of software is also produced by Hewlett-Packard, Dell, IBM, Cisco and others. It enables about 50 computer servers to function in concert, creating one flexible machine, but Intel wants Mirantis to eventually raise that to 1,000 servers.

Intel was part of a $10 million investment round in the company in 2013 and last year joined another group of Mirantis investors.

Since April, five of the six companies that Cisco Systems has acquired or has announced its intentions to acquire have been in cloud systems. EMC, a tech giant that specializes in storing data, has for years owned a company called VMware, which makes software that is integral to cloud computing technology; now both EMC and VMware have invested in Pivotal Software, which works on cloud products.

Intel is also working with Google on software that would make it easier to deploy and manage applications across a global cloud network.