Kaspersky Lab has established an International Advisory Board, gathering world-known cybersecurity mavens, to afford strategic advice in the IT security market to the company. The Advisory Board brings together seven internationally recognized experts in IT security from the industry, public sector and academia who will from their barrio go on to provide practical guidance,  followed by insights and validation on the strategic plans and priority business development areas of the company. The newly-formed Advisory Board will hold its first meeting on February 11, 2014 in conjunction to the company’s annual Security Analyst Summit.

Howard A. Schmidt, former Cyber Advisor to both President Bush and President Obama, will serve as the chairman of the International Advisory Board and will be joined by: Bruce Schneier, Jae-Woo Lee, Latha Reddy, Baroness Pauline Neville-Jones, Norbert Pohlmann and Whitfield Diffie. The Board members’ collective years of experience in situations where the IT security industry connects with government, international and national cyber strategy policy makers, and academia, will bring consummate expertise and guidance to Kaspersky Lab.

“This Board’s willingness to provide strategic advice to Kaspersky Lab underlines the company’s long-standing reputation as an IT security leader with transparent and open business operations. Contemporary cyberthreats are a global problem which cannot be contained within any geographical borders; which is why our board is truly international,” held Howard A. Schmidt, chairman of Kaspersky Lab’s Advisory Board.

Kaspersky Lab’s business and product strategy is based on the company’s extensive and predictive security intelligence. Eugene Kaspersky, chairman and CEO of Kaspersky Lab, is not only a successful entrepreneur, but also one of the world’s foremost security experts and evangelists.

“It’s a great achievement and honor to have such esteemed industry experts on board. We gathered people who understand the seriousness and scale of cyber-reality problems nowadays better than anyone else. We are highly flattered that all of them have agreed to join Kaspersky Lab and contribute to our fight against cybercrime,” alleged Eugene Kaspersky, chairman and CEO of Kaspersky Lab.  Rhetoricising that- “The establishment of this advisory board is a milestone for the company, and a logical step which ensures that our development continues to advance in the right direction.”

Resolute to remain forward-looking, the company invests heavily in R&D and focuses on the quality of its technology and innovation, rather than being tied exclusively to short-term, market-driven financial aims. The company is renowned for its leading expertise, which delivers unparalleled depth of analysis and understanding of all kinds of threats, from common malware to targeted attacks and the most sophisticated cyber weapons reading in the order as, viz; Flame, Duqu, Red October, NetTraveler etc.

Kaspersky Lab comprehends the global milieu of modern cyberthreats and their impact following suit on the state of modern economy and politics. For that reason the company actively participates in joint cyber security operations with international organizations, national and regional law enforcement and government agencies such as INTERPOL, and Computer Emergency Response Teams (CERTs) worldwide. It openly shares its own research with a broader public audience.

The newly-formed Advisory Board will further buttress the company’s cyber security intelligence foundations, bringing in new perspectives and expertise from its respected members. This in turn will help the company develop innovative technologies and intellectual services which address market-specific needs and the most dangerous threats of today and tomorrow.

Bruce Schneier (USA) is a world renowned Cryptographer and the Chief Technology Officer of Co3 Systems, Inc. He is a leading security technologist and has been called a “security guru” by The Economist. Mr. Schneier is a fellow at the Berkman Center for Internet and Society at Harvard Law School, a program fellow at the New America Foundation’s Open Technology Institute, a board member of the Electronic Frontier Foundation, and an Advisory Board member of the Electronic Privacy Information Center.

Jae-Woo Lee (Korea) Dr. Lee has served in numerous leadership and advisory capacities within the industry, including: the first president of the Korea Information Security Agency; an organizer of the Korea National Computerization Agency and a board member of the Korean Governmental Security Committee; He is currently a Chair Professor at Dongguk University, Graduate School of International Affairs & Information (IAI) and CEO of Cyber Forensic Professional Association in Seoul, Korea.

Latha Reddy (India) is the former Deputy National Security Adviser of India. In addition to assisting National Security Adviser Shiv Shankar Menon, Reddy was responsible for cybersecurity and other critical internal and external security issues. Ms. Reddy has also served at the Ministry of External Affairs and the Ministry of Commerce in New Delhi in various capacities. She has served as the Deputy Director General of the Indian Council for Cultural Relations and as the Head of the Administration Division in the Ministry of External Affairs.

Baroness Neville-Jones (UK) is a former BBC Governor and Chairman of the British Joint Intelligence Committee (JIC). Before her elevation to the Peerage she was known as Dame Pauline Neville-Jones, DCMG. She served as Minister of State for Security and Counterterrorism at the Home Office with a permanent position on the National Security Council. Lady Neville-Jones has just completed three years as the UK Prime Minister’s special representative to UK business on cyber security.

Norbert Pohlmann (Germany) is a computer scientist and a professor at the Westphalia University of Applied Sciences Gelsenkirchen. Pohlmann studied Electrical Engineering, specialized in Computer Science, and wrote his doctoral thesis on “Possibilities and Limitations of Firewall Systems“. He was Managing Director at KryptoKom and after a merger with Utimaco Safeware AG he was a member of the Utimaco Safeware AG management board.

Whitfield Diffie (USA) is an American cryptographer and one of the pioneers of public-key cryptography. After a long career at Sun Microsystems, Diffie served for two and a half years as Vice President for Information Security and Cryptography at the Internet Corporation for Assigned Names and Numbers. 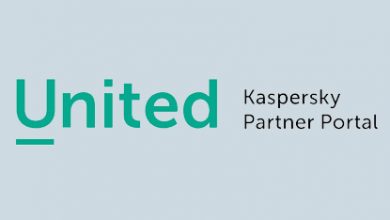 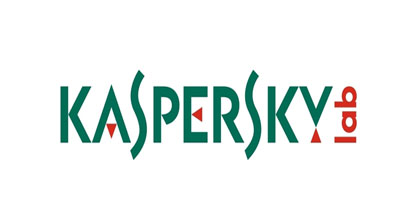