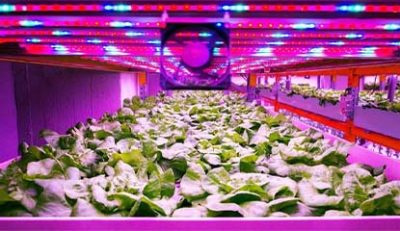 Since time immemorial, sunlight or natural light has always been one of the biggest drivers in producing food, nurturing and initiating plant growth.

However, due to the sporadic and erratic nature of weather conditions all around the world as well as the pressure of increasing agricultural yields to cater to the humungous needs of billions of people, farmers have been pressured greatly to increase the productivity in limited costs for quite some time.

This serves as one of the main factors of increasing food inadequacy and lack of people in agriculture that is plaguing the world right now.

To combat this ever-rising issue, LED Lighting in Indoor and Vertical Farming came as a boon for the farmers as an innovation.

Since traditional farming methods rely heavily on natural sunlight to help plants via photosynthesis, one of the major challenges that farmers face is when a varying amount of sunlight is received by the plants throughout the year, depending on the weather conditions of that place.

Because of which various farmers are now switching their practices to LED Lighting in Indoor and Vertical Farming.

As LEDs come with eco-friendly features, farmers are rapidly picking LED Lighting in Indoor and Vertical Farming as a new way of producing good yields as the demand to improve the crop output is soaring.

Apart from its low pricing and intensity control features that allow a certain control of lighting at times for proper plants growth, LED Lighting in Indoor and Vertical Farming has shown its merits in improving the quality of the crops produced in a controlled manner.

Before divulging further benefits and the current trend of LED Lighting in Indoor and Vertical Farming, let’s first get a sneak peek at the design and working of a LED and how it helps in controlling plant growth and its quality.

Light-emitting diodes (LED) is a normal diode that operates when an electric current is passed between semiconductors due to which light gets emitted.

LEDs generally operate on the principle of electroluminescence, a phenomenon where the emission of photons is caused by the electronic excitation of a material.

Reasons for Opting LEDs Instead of Others Compared to other forms of electrical illumination, Indoor Agricultural practices involve LEDs due to their low energy consumption as they give off little heat and are quite easy to control that further helps in optimizing plant growth.

However, in cases of other types of electrical illumination like fluorescent lamps, which contain mercury to make the lamp work properly and efficiently, serves as a disadvantage as mercury is a heavy metal that is quite hazardous to the environment.

Going to another lighting source like incandescent lamps, they are considered the least energy-efficient electric lighting due to their inefficiency and brief life spans and are also more expensive to operate than LED and fluorescent lights.

How does LED Lighting in Indoor and Vertical Farming Works? 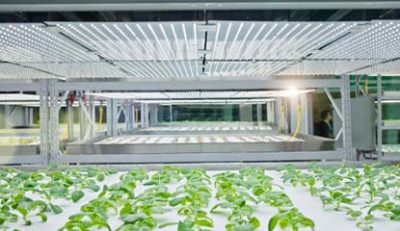 It’s common knowledge that plants need light for photosynthesis, but the point that most people miss out on is that plants react differently to different wavelengths of light due to their distinct photoreceptors.

The main types of wavelengths that are required for crop production range from Ultraviolet (UV), Photosynthetically Active Radiation (PAR), and Near Infrared (NIR).

Though PAR represents that part of the radiation spectrum that allows plants to carry out photosynthesis, UV and NIR have a different impact on some crop development processes.

According to a recent study, researchers have concluded that chemicals controlling plant growth respond mostly to red and blue light waves in a different manner.

And this has led us to our current topic of discussion on how LED Lighting in Indoor and Vertical Farming has allowed us the benefit of manipulating lighting to enhance both crop yield and quality.

Perks of LED Lighting in Indoor and Vertical Farming

Citing some of the key benefits of using LED Lighting in Indoor and Vertical Farming are as follows,

Naming some of the top names in the LED lighting list, key players include,

Heliospectra: One of the top names in providing solutions for LED Lighting in Indoor and Vertical Farming, this global leader has been continuously working with growers to provide the best lighting solutions for tomatoes, cannabis, cucumbers, peppers, leafy greens, etc.

Signify: Signify or formerly known as Philips Lighting has begun researching horticultural lighting in early 2005. Their 3rd generation LEDs feature a linear solution to both greenhouse and vertical farm growers.

GE Current: GE Current works to offer power growth at an industrial scale by creating lighting solutions for both greenhouses and indoor farms. Their new Lynk2 is suited to propagation and tissue culture laboratories, due to 0-10V dimming.

SANlight: Headquartered in Austria, SANlight has been offering lighting solutions for plant growth since its debut in 2011. According to the team, they’re revolutionizing professional crop production with innovative lighting technology to guarantee efficient photosynthesis and biomass production. 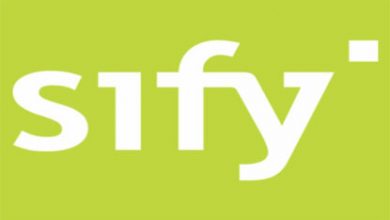 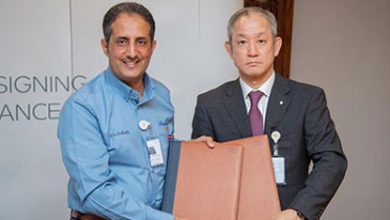 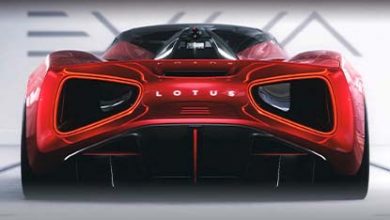