IoTeX has declared the winners of the three-month-long, IoTeX Hackathon India 2021 launched in partnership with Lumos Labs. “The ideas and solutions we received throughout the IoTeX Hackathon India 2021 have been a testimony to the intellectual prowess of Indian developer pools, further motivating us to continue providing an amalgamated platform for innovative blockchain-powered smart solutions. Our entry into India, facilitated by Lumos Labs, has been exciting and the winners of this Hackathon have given us a glimpse of the potential underneath. We look forward to organizing more such initiatives to improve the existing traditional global systems with cutting-edge technologies and futuristic visionaries.”, said Larry Pang, Head of Business Development, IoTeX.

“With the IoTeX Hackathon India, we got to present a unique platform to India to explore and experiment with. Through the course of the hackathon, we aimed at providing the necessary knowledge, resources, constant support, and guidance to the developers who were excited to enter into a decentralized smart devices world. We hope that the winners of this Hackaton scale up further and achieve their objectives of optimizing different sectors. We look forward to organizing more such innovative learning experiences for the vast Indian developer pool and help them build more visionary ideas into robust solutions.”, added Kaavya Prasad, Co-founder, Lumos Labs.

Along with these, Pollution Free Map Routing received an additional grand prize of $250 as well as an exclusive “MachineFi” NFT for the best idea of the Hackathon and Breezer received $200 in additional grants for successfully integrating on the IoTeX platform.

The exclusive NFT, one of a limited 10K, was minted during the first live presentation of IoTeX’s MachineFi concept, a combination of Machines and Web3.

The final demo day of the Hackathon saw 6 ingenious solutions being pitched live. These 4 were selected as the winners –

Additionally, Pollution Free Map Routing, a blockchain-based system to monitor air quality in the atmosphere to provide a pollution-free route in the maps, was given a special mention for its visionary idea.

Another solution, Breezer, an NFT Marketplace aimed at optimizing the commercial crop and medicine industries received incentives from IoTeX too for their successful integration. 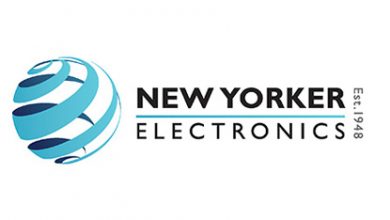