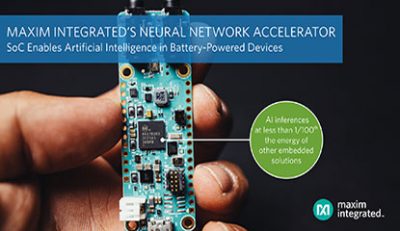 Executing AI inferences at less that 1/100th the energy of software solutions dramatically improves run-time for battery-powered AI applications, while enabling complex new AI use cases previously considered impossible. These power improvements come with no compromise in latency or cost: the MAX78000 executes inferences 100x faster than software solutions running on low power microcontrollers, at a fraction of the cost of FPGA or GPU solutions.

“Artificial intelligence is frequently associated with big data cloud-based solutions,” said Kelson Astley, research analyst at Omdia. “Anything that can cut the power cord and reliance on big Lithium-Ion battery packs will help developers build AI solutions that are nimbler and more responsive to environmental conditions in which they operate.”

“We’ve cut the power cord for AI at the edge,” said Kris Ardis, executive director for the Micros, Security and Software Business Unit at Maxim Integrated. “Battery-powered IoT devices can now do much more than just simple keyword spotting. We’ve changed the game in the typical power, latency and cost tradeoff, and we’re excited to see a new universe of applications that this innovative technology enables.”

AI technology allows machines to see and hear, making sense of the world in ways that were previously impractical. In the past, bringing AI inferences to the edge meant gathering data from sensors, cameras and microphones, sending that data to the cloud to execute an inference, then sending an answer back to the edge. This architecture works but is very challenging for edge applications due to poor latency and energy performance. As an alternative, low-power microcontrollers can be used to implement simple neural networks; however, latency suffers and only simple tasks can be run at the edge.

By integrating a dedicated neural network accelerator with a pair of microcontroller cores, the MAX78000 overcomes these limitations, enabling machines to see and hear complex patterns with local, low-power AI processing that executes in real-time. Applications such as machine vision, audio and facial recognition can be made more efficient since the MAX78000 can execute inferences at less than 1/100th energy required by a microcontroller.

At the heart of the MAX78000 is specialized hardware designed to minimize the energy consumption and latency of convolutional neural networks (CNN). This hardware runs with minimal intervention from any microcontroller core, making operation extremely streamlined. Energy and time are only used for the mathematical operations that implement a CNN. To get data from the external world into the CNN engine efficiently, customers can use one of the two integrated microcontroller cores: the ultra-low power ArmÒ CortexÒ-M4 core, or the even lower power RISC-V core. 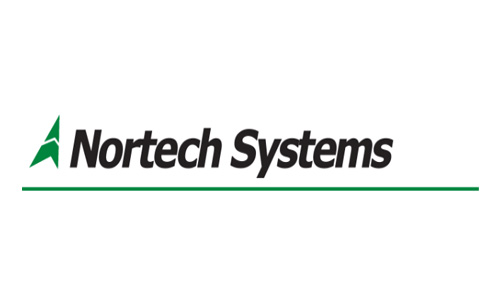 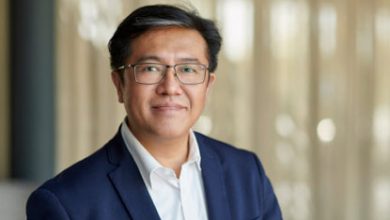 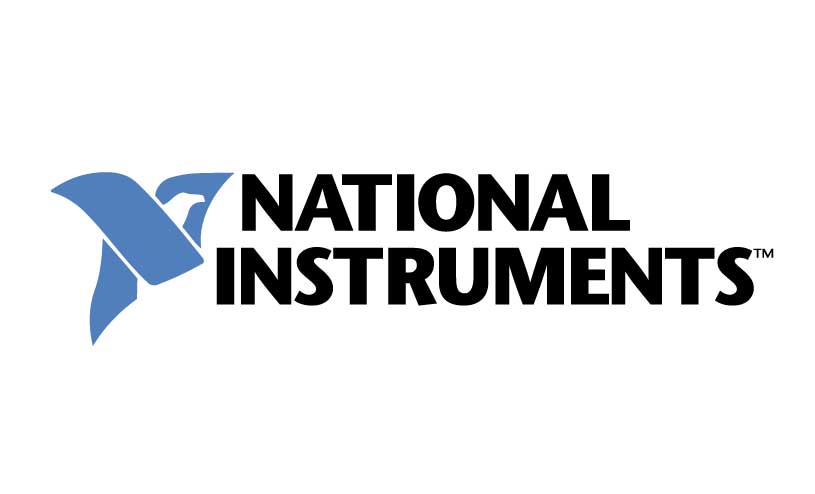 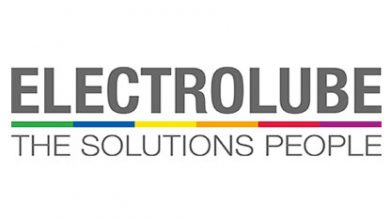 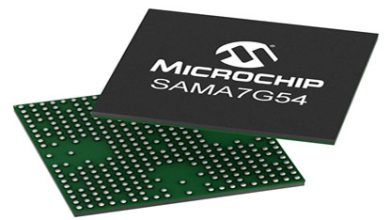