Researchers from Chung-Ang University, Korea, have experimentally interpreted the dominant mechanism of dark current generated in OPDs with theoretical calculation, paving the way for improved photoconductors. 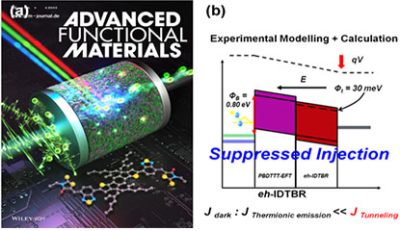 Organic photodetectors (OPDs) are the “eyes” of the image sensor and can be applied to various diode systems for next-generation advanced devices.

The distinct advantages of OPDs over conventional inorganic photodetectors are their extreme flexibility and low power requirement. However, noise in OPDs impedes performance. Therefore, noise reduction is important for enhancing the performance of OPDs.

Several mechanisms potentially induce the origin of noise. Among them, thermionic emission (the flow of charged particles from a charged metal surface, owing to the thermal energy overcoming the electrostatic binding forces) and direct electron tunnelling (a quantum-mechanical process by which an electron can penetrate a potential barrier even when the energy of the particle is lower than the barrier height), are possible models at low applied bias. However, the dominant noise-causing mechanism remained hitherto unknown.

To this end, a research collaboration led by Professor Dong Hwan Wang and his post-doctoral researcher Dr. Woongsik Jang from the School of Integrative Engineering in Chung-Ang University, Korea investigated dark current in OPDs by experimentally modeling mechanisms related with the thermionic emission and tunneling to ascertain the dominant cause of noise generated in an OPD. The researchers presented their findings in a recent article made available online on November 4, 2022, in Advanced Functional Materials. In addition, the scientific achievements of this study were introduced through the domestic magazine.

“Despite many efforts to reduce noise in OPDs, little work has been done to identify the mechanism of the origin of noise.”, explains Prof. Wang. The team experimentally demonstrated that the formation of a barrier energy for charge carriers formed as the “Schottky barrier”, a metal–semiconductor junction at the electrode–photosensitive layer interface, bias and thermal energy together enable charge injection from one electrode to the other. This, in turn, becomes dark current.

The researchers analyzed correlations between current and voltage to demystify the origin of noise. They confirmed the relationship between current and barrier energy by controlling three acceptors with different energy levels by adjusting the barrier energies. The researchers unearthed a linear relationship between the natural logarithm of the dark current density under reverse bias and the square root of the Schottky barrier height. This finding strongly points to direct tunneling as the dominant mechanism for dark current injection.

Armed with the mechanism of the origin of noise, the team developed an OPD with an efficient injection barrier that enhances detection speed owing to noise suppression. The OPDs developed in this research can be expanded to facilitate a curved design allowing a miniature form factor without color filter. “We could achieve these incredible features owing to interpretation of noise generated in OPDs. The curved design OPDs developed are capable of 100% omnidirectional sensing without the constraints of lens design and can detect singular wavelengths”, notes Prof. Wang.

Taken together, this development experimentally demonstrates the primary, dominant mechanism of noise in OPDs with theorical calculation, which leads to fast response as well as excellent detection. This enables high integration density of hundreds of millions of pixels owing to the miniaturization of the image sensor by introducing the OPDs. Further research on the dominant noise-causing mechanism contributes to suppress dark current for improved OPD performance in advanced applications. 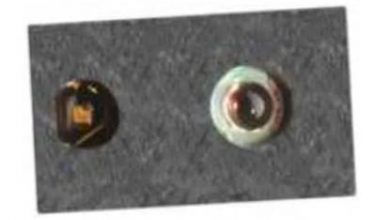 Fortinet Perceived as a Visionary in the 2020 Gartner Magic Quadrant 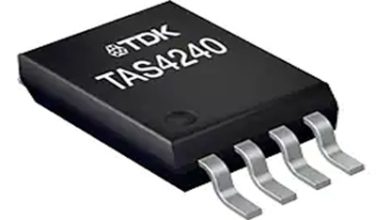 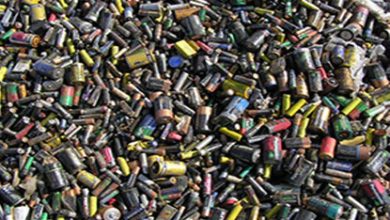 How to Recycle the Energy Remaining in Discarded Batteries?