Over the years ahead, the role of the driver in a vehicle’s operation is going to be diminished. There will be less need for human involvement as we gradually move through the stages of semi-autonomous driving towards the eventual goal of full autonomy. The upshot of all this will be that our roads become considerably safer, as the likelihood of accidents occurring lessens. It also means that much of the frustration caused by congestion may be avoided too, with traffic flows being better managed.

To support this migration, the vehicles’ constituent electronics are going to have to reach new levels of sophistication. Ensuring that such hardware is safe from the threat posed by different forms of electrical disturbance will therefore be paramount. The objective of the following article is to outline the different potential issues that need to be addressed and identify what solutions can be sourced to combat them.

Figure 1 gives a schematic outline of the levels that automobile design has to pass through on its way to complete autonomy. The lower levels deal with basic driver assistance functions, such as adaptive cruise control (where the vehicle is kept at an acceptable distance from the vehicle in front of it) and lane centering. Here the driver still needs to be fully alert of what is going on all around the car and remains responsible for braking, steering, etc. Then as we gradually move up into the higher levels, it is the vehicle that starts to take charge of all the data coming from the surrounding environment and decides what will be the appropriate action to take to different situations as they arise. In levels 3 and 4, the vehicle can have full control at times, but the driver needs to be able to take this control back under certain circumstances. When level 5 is reached, the driver will not need to do this at any time, and will effectively be deemed a passenger. The driver may still have the option to control the vehicle, but this is not obligatory. This will also be dependent on whether the vehicle models introduced in the longer term even feature brake and accelerator pedals, steering wheels, etc. Many will almost certainly not.

Self-driving cars will call for the incorporation of next-generation sensor technology so that all the necessary data to support autonomous operation can be acquired. Figure 2 gives a summary of the sensors that will be seen in car models that have higher degrees of autonomy. The camera devices that are already becoming commonplace in the average vehicle, for park assist, blind-spot monitoring, and lane tracking functions, will be joined by higher resolution units for collision avoidance and object identification purposes. Optoelectronics-based LiDAR and RF-based radar systems will also be incorporated, enabling 3D imaging of objects on the road ahead that is beyond the range limitations of human sight (especially in nighttime driving conditions).

The huge quantities of data generated by these systems will need to be transported via in-vehicle networking infrastructure. Though such networks have relied on CAN and LIN buses previously, semi- and fully autonomous operation will mandate substantially higher data rates and this is already causing much greater uptake of Ethernet connectivity within automobile designs. Multi-Gigabit Ethernet technology is starting to be implemented into the latest vehicle models, with time-sensitive networking protocols being applied to address the need for low-latency deterministic operation.

If an autonomous vehicle is going to operate safely, then all the different subsystems it comprises need to be able to function without any hindrance. The sensor devices integrated into modern cars, and the subsystems that they are connected to will, unfortunately, be susceptible to all manner of electrical disturbances. The first of these that automotive engineers need to be aware of is transients. Such transients may enter into vehicle subsystems via a couple of potential routes. They could be conducted along power supply voltage rails (due to fast dV/dt switching), creating voltage spikes many times larger than the normal supply voltage. Alternatively, they might be generated via induction from nearby cabling. If not defended against, the energy present in these transients may cause vital digital devices to reset or result in hardware being permanently damaged.

The other forms of electrical disturbances that can impact a vehicle’s operation are electro-magnetic interference (EMI) and electro-static discharge (ESD) strikes. Electro-static can build-up due to the movement of rubber tires on road surfaces. Greater use of plastic in vehicle designs and also low humidity conditions can also be causes. The growing problems that EMI poses to car manufacturers stem from the ever-increasing amounts of electronic content found in the average vehicle these days, with the numerous wireless modules that will be needed for vehicle-to-vehicle (V2V) and vehicle-to-infrastructure (V2I) communication likely to make matters worse in the future.

The electrically challenging and noisy nature of electric vehicles (EVs) and hybrid-electric vehicles (HEVs), which are set to become more and more commonplace on our roads over the next decade, will also serve to exacerbate the electrical disturbance problems faced by automotive engineers still further. There will be greater potential for neighboring subsystems to impinge on one another’s operation. For instance, the high-power electric motors found in EV powertrains present a major source for the generation of transients. The smaller motors employed in electric steering and comfort functions should not be overlooked either though, as these can likewise cause transient issues to emerge.

When looking at specifying components to combat transients, EMI, and ESD issues in automotive systems, it is important to be familiar with the international standards that are in place. Of particular importance are ISO7637-2:2011, ISO16750-2:2012 and ISO10605:2008.

ISO7637-2:2011 concerns the transients that could appear in 12 V and 24 V electrical systems (caused by either conduction or coupling). ISO10605:2008 is focused on the test methods that should be used to ensure adequate ESD immunity (with 15kV air discharge and 8 kV contact discharge figures needing to be attained), while ISO16750-2:2012 is in relation to EMI. Alongside these, it is of course essential that the relevant automotive standards are complied with too. For discrete components, this will be about the AEC-Q101 standard, while for passives it will be the AEC-Q200 standard.

Figure 3 shows the major functional blocks that make up the communication and control elements of a standard modern vehicle’s advanced driver assistance system (ADAS). It shows the protection components that will need to be incorporated to safeguard against electrical disturbance issues.

The communication links (denoted by points 2, 3, 4, and 5 respectively) will need to be accompanied by ESD/transient surge protection mechanisms that are suitably aligned to the data rates and the electrical specifications of the wireline protocol supported. Enabling operation up to 10 Gbps, Ethernet has the highest data rates. ESD/transient surge protection for such infrastructure may be provided via a polymer-based suppression device, such as one of the highly popular AXGD Xtreme-Guard series from Littelfuse. Featuring industry-leading responsiveness (<1ns), these AEC-Q200 qualified devices can deal with fast-moving transients that have voltages of up to 30 kV, protecting differential pairs from such phenomena. Furthermore, the 0.09 pF (typical, when measured at 250MHz) means that the data rates that Ethernet cabling can deliver are not adversely affected. Figure 4 shows how an AXGD suppression device is placed into the Ethernet connection from a differential twisted pair to the Ethernet PHY.

If the effective operation of autonomous vehicles is to be maintained, then measures must be taken to protect the electronics incorporated into them from the presence of voltage transients and EMI, as well as the threat of ESD strikes. By selecting appropriate components with all the necessary attributes, automotive engineers will be able to implement circuit protection mechanisms that ensure that every subsystem within a vehicle can function optimally and elevated levels of system performance can be upheld in the long term. 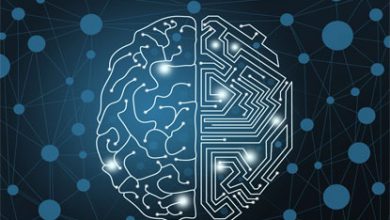 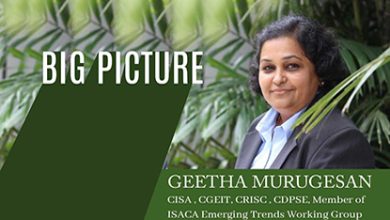 Cloud Computing is an Integral Part of a Modern IT Strategy 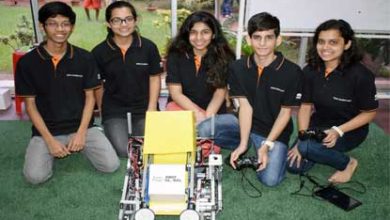 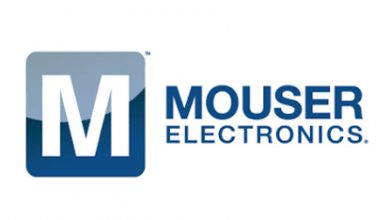