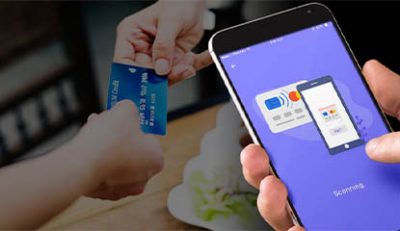 Everything we do has to be as swift and efficient as we want it to be, whether it is a simple trip from home to office or a transaction of funds to buy or sell something. Technology has provided us the means to reach this stage of a fast-moving world with its innovation and efficiency but is it enough to satisfy human’s desires to surpass and break records of time again and again?

As several technologies are getting launched one by one to catch up with this fast pace of modern-day living, smartphones have come up as one of the most successful innovations of this century. It has led us into the era of digital services like e-commerce, mobile payments, e-ticket booking, contactless payment services and many more.

Whether it is a simple task of sending an email or personal banking, we’re have started to rely heavily on using our mobile devices to help us manage our day-to-day lives. So, it’s no surprise that NFC Technology in mobiles is used for payments, i.e., paying for stuff via smartphone have started picking up steam.

Not only NFC Technology in mobiles serves the best results in establishing a quick and efficient connection but is also popular in contactless payments services among many other applications of this new technology.

Let’s take a closer look at NFC Technology in mobiles and what separates it from other technologies like Bluetooth that is more widely popular.

Exploring Near Field Communications or NFC 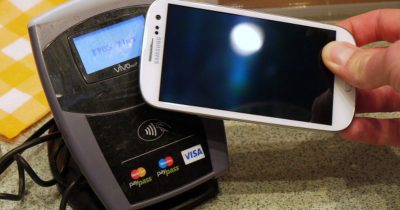 Communications technology can be considered as one of the fastest-growing segments as it made considerable advancements over the years. The latest achievement in this list goes to NFC chips that have changed the dynamics of some of the industries.

Often used as a standard application on various smartphones and devices, NFC Technology in mobiles has emerged as a powerful tool, enhancing and complementing the performance and value of consumer electronics devices.

NFC stands for Near Field Communication as it enables phones, tablets, laptops, etc., to share data with other NFC equipped devices easily.

NFC evolved from radio frequency identification (RFID) technology where RFID is the technology used in those security scan cards that we encounter while entering into the office every day. And this is where the idea of using NFC Technology in mobile comes into play.

Due to its vast similarities with RFID, it is often confused as an RFID-based technology but NFC possesses some limitations, unlike RFID. NFC has a short-range and is limited to communication within about four inches, because of which we have to hold a phone so close to the contactless reader.

Despite this obvious limitation, many people consider NFC’s small radius as a major security benefit, and it’s one of the main reasons why NFC Technology in mobiles has taken off as a secure alternative to credit cards.

What Separates NFC from Bluetooth and RFID? 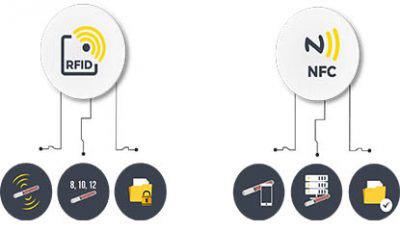 Differentiating itself from Bluetooth, NFC does not need any manual pairing to transfer any data.

An NFC can easily make a connection automatically when another NFC device enters into the previously mentioned four-inch range.

Once the device is in range, the two devices will instantly communicate and send prompts to the user. Due to this quick and stable connection establishment without any interference, NFC Technology in mobiles possesses huge potential.

Popular Use Cases of NFC

Due to its popularity as NFC chips embedded in smartphones, NFC Technology in mobiles has shown a lot of potential in numerous sectors. Some of these applications include:

With people leaning towards a cashless world, NFC Technology in mobiles for payments have become a popular method of transaction. As banks cooperate and work with the biometric technology equipped on most smartphones now, it has gradually made mobile payment more secure and convenient. One can simply place a smartphone within four inches of the contactless reader in a store to prompt a digital wallet or passbook to pop up which then asks the user to confirm payment.

NFC chips can be used as passive tags as they don’t require power and can be programmed easily to perform certain tasks when scanned. For example, we can put one on a desk, and with a quick scan on the tag, the user can set their phone to vibrate, or disable GPS, or enable only work-related notifications, etc. 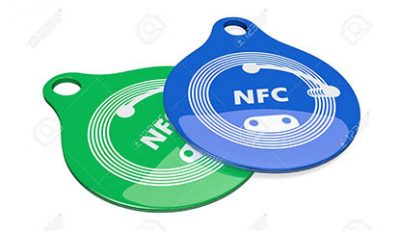 Though NFC Technology in mobiles is a hyped technology, it is yet to be adopted by the travel industry, but when issues like secure data exchange and privacy are addressed, it will play a significant role in supporting the adoption of wearable technology like NFC enabled wristbands. This wristband can easily allow park visitors to access their hotel rooms, the park itself.

Imagine using a similar device in an airport. We can apply NFC Technology in wristband as an identifier that will work as a reader tag at any key checkpoints, or a boarding pass and stores since these tags could transmit data to airline staff, thus enabling them to offer their customers a more personalized experience.

Capable of so many achievements NFC Technology in mobiles is just the start of a huge revolution as this technology is also in the process of overhauling public transportation among many more. 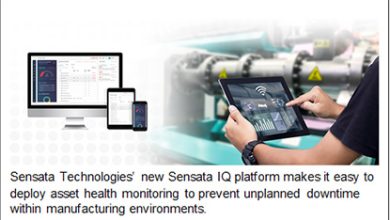 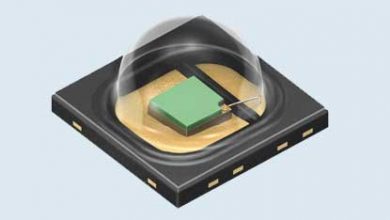 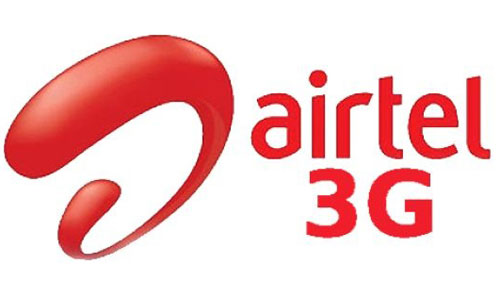 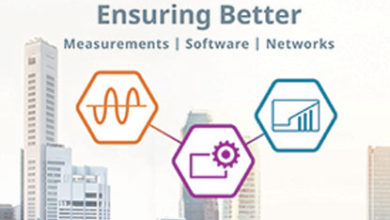