As computing platforms increase in processing power, and at the same time reduce in physical size, they’re driving rapid developments in a variety of mobile applications such as autonomous robots, drones, portable medical devices, intelligent vehicles and smart appliances. Many of these applications also rely on the miniaturization of sensor technology and associated test and measurement electronics in order to perform functions like proximity detection, object or component inspection and motion control. One embedded computing platform, the NVIDIA Jetson, is proving to be a game changer when it comes to mobile applications.

The NVIDIA Jetson consists of an ARM-based CPU (processor that runs with a reduced instruction set) and a CUDA-based GPU (a graphical processing unit that can be used for general purpose processing). Being ARM-based allows the CPU to deliver faster processing speeds while at the same time reducing power requirements. In addition, the built in GPU enables the NVIDIA Jetson to handle large volumes of data and perform high-speed parallel processing operations. The units are compact and can also come with a PCIe slot. For example, the NVIDIA Jetson AGX Xavier1 measures just 105 mm x 105 mm x 65 mm in size and it includes a Gen 4 PCIe interface.

To take advantage of this powerful feature set, one company – Spectrum Instrumentation – has created a new driver package that allows any of its PCIe based Test and Measurement products to be used with the NVIDIA Jetson. All that’s needed is to install the drivers on the platform, plug a Spectrum Instrumentation card into the PCIe slot, power up the system and start acquiring or generating signals.

In general, electronic test and measurement equipment can be classified into two major categories: measurement instruments and signal sources. Instruments such as digital multi-meters, digitizers, oscilloscopes, spectrum analysers, and logic analysers measure the electrical characteristics of an input signal, most typically electrical potential difference or voltage. While signal sources are required to provide signals to be used as a test stimulus.

Spectrum Instrumentation currently offers 65 different PCIe cards that can be used with the NVIDIA Jetson. The line-up includes Digitizers that offer digital oscilloscope like performance and can capture electronic signals from a wide variety of sensors or components, and Arbitrary Waveform Generators (AWGs) that can reproduce almost any signal that’s found in modern electronic systems.

For applications where analogue or digital signals need to be acquired and analysed, users can choose from a complete line-up of Digitizer products. Digitizers are powerful devices that can perform multiple measuring tasks thereby replacing the need for more conventional test instruments. Models are available that can acquire signals with high precision over a wide range of frequencies (from DC to 1.5 GHz). For example, the Spectrum Instrumentation model M4i.2234-x8 Digitizer2 offers four channels, each with independent input range selection, and the ability to sample signals at rates up to 5 GS/s (one sample every 200 ps). With a bandwidth of 1.5 GHz, the products are very well suited to acquiring the fast signals commonly produced by lasers and photopic sensors (Photo diodes, Photo multipliers, Photo- Transistors, or CCD’s) as well as those found in radio wave communications and RADAR.

For acquiring mid-range signals, in the frequency range DC to 250 MHz, the company also has a variety of high-resolution Digitizers that combine fast sampling rates with 14- and 16-bit resolution analogue-to-digital conversion. These highresolution products allow measurements to be made with great accuracy and precision on signals that have a wide dynamic range. Models are available offering maximum sampling rates from 5 MS/s up to 500 MS/s and having from 1 to 8 analogue channels on a single card. These cards also come with auxiliary connections for additional functionality, like external clocking or triggering and include up to 4 digital I/O lines for easy integration into different testing systems.

In situations where just high-speed digital signals need to be acquired, there’s also a range of cards available that can simultaneously capture up to 32 digital signals at clocking speeds over 700 MHz!

Similarly, Spectrum Instrumentation has a wide range of Arbitrary Waveform Generators (AWGs) that can be used as signal sources for controlling or stimulating other devices. Plug an AWG card into an NVIDIA Jetson and it can produce analogue waveforms of almost any shape and form. AWGs offer great flexibility and come as close as possible to being a universal signal source. Waveforms can be created analytically with exceptional precision using equations, or they can be captured using digitizers or digital oscilloscopes and then replayed. Spectrum Instrumentation has models that offer from 1 to 8 channels per card. The units all produce signals with 16-bit digital-to analogue resolution for high dynamic range and precision. The available output rates range from 40 MS/s up to 1.25 GS/s, allowing signals to be generated with frequency content up to 400 MHz. Like the Digitizers, auxiliary connections are also available for mixed-mode type applications. These additional lines make it easy to generate analogue waveforms together with other digital signals (markers) and inputs.

Many automated systems operate using digital signals that are switched at high rates. Pattern generation and logic analysis methods are then used in order to test and verify the correct system operation and performance. In situations where accurate signal switching times need to be measured or produced, a digital I/O card offers a cost-effective solution. As an example, the Spectrum Instrumentation M2p.7515-x4 card provides 32 digital I/O channels that can be used to input or output digital signals. Designed to work with the most common types of digital circuitry, the inputs are 3.3 V LVTTL and 5.0 V TTL compatible. Clocking speeds for both the acquisition and generation modes are fully programmable at rates anywhere from 1 kS/s up to 125 MS/s making it easy to match the users desired testing requirements.

When signal processing speeds are crucial

A key feature of the NVIDIA Jetson is the PCIe slot. This highperformance interface allows data to be transferred between the processing platform and the Spectrum cards at extremely fast rates (up to 3.4 GB/s for the fastest products). This rapid data transfer helps to optimize both waveform storage and generation operations. Furthermore, data can be sent directly to the CPU memory or to the built-in GPU in a FIFO streaming mode. This makes it possible to process enormous amounts of information in near real-time. As the GPU can perform highspeed parallel processing, it’s the perfect tool for handling the large volumes of data that can be acquired and generated by the Spectrum Instrumentation products.

To help users take advantage of the built-in GPU, Spectrum Instrumentation also has a driver extension that’s available for the NVIDIA Jetson. The extension is called SCAPP (Spectrum’s CUDA Access for Parallel Processing). The main advantage of SCAPP is that data is passed directly from the digitizer to the GPU (or from the GPU to the Waveform Generator). The operation bypasses the CPU completely, leaving it free for other tasks. Once the data is sent to GPU, parallel processing is possible using it’s multiple processing cores. This provides a significant performance enhancement when compared to processing data in the CPU, which has a far more limited number of cores. The combination of fast data transfer and direct GPU access opens up the system to a host of signal processing applications. For example, by using a digitizer to acquire signals in the time domain, the data can be sent to the GPU and converted to frequency domain information for spectrum analysis applications.

Testing has shown that the GPU is quite capable of performing continuous data conversion, multiplexing, windowing, FFT3 and averaging when receiving data from two digitizer channels sampling at 500 MS/s, even with an FFT block size of 512 ksamples. Furthermore, the system can run for hours! A typical application where rapid data acquisition and signal processing becomes crucial is with autonomous vehicles. Driverless cars use time-of-flight type measurements to quickly determine the proximity and motion of objects and navigate safely around them. The systems often use a mix of radar, LIDAR (light detection and ranging), optical cameras and infrared sensors plus neural networks, machine-learning-systems, designed to be able to differentiate between pedestrians, cars, bicyclists, motorbikes and animals and then predict the behaviour of the objects. Figure 4 shows images produced by such a system that was developed by the Universities of Applied Sciences of Ulm and Heilbronn along with their industrial partners. 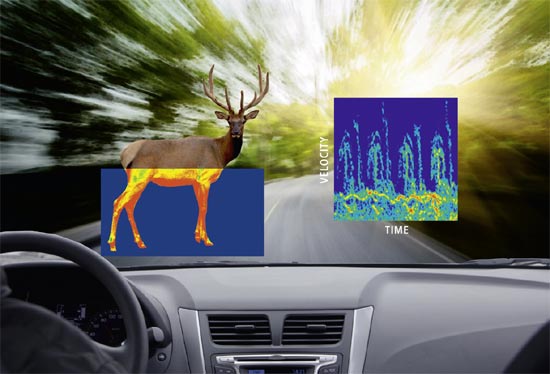 The entire range of Spectrum Instrumentation Test and Measurement products is fully programmable. Each unit comes with drivers for Windows and Linux operating systems, as well as programming examples for C++, LabVIEW, MATLAB, Visual Basic. NET, Python, Julia and other popular programming languages. The wide choice lets users create their own programs in the language that’s the most appropriate and that they’re most comfortable with. This speeds up project development and efficiency. The Application Programming Interface (API) also follows a common structure, so that a program developed for one product can be easily adapted for use with another.

Test and measurement systems for mobile applications need to be small, lightweight and low power. The combination of an NVIDIA Jetson embedded processor with a Spectrum Instrumentation PCIe card fits the bill and allows the creation of some of the smallest automated testing systems possible. Not only are the systems miniaturized but they offer high-channel density, exceptional measurement precision and powerful data processing capabilities. The opportunity to perform test and measurement on the move has never been better!

Founded in 1989, the company has over 30 years of knowledge in designing and building fast Digitizers, AWGs and Digital I/O products. The company leverages PC hardware and software developments to provide its customers with test and measurement solutions that are more cost-effective, while still delivering excellent performance. Each product carries an industry-leading 5-year warranty for customer’s peace of mind. This includes free software and firmware updates for the unit’s lifetime. Additionally, customers get support directly from Spectrum’s hardware and software engineers. The new drivers for the NVIDIA Jetson are available for immediate delivery. Further information can be found on the Spectrum Instrumentation website at www.spectrum-instrumentation.com 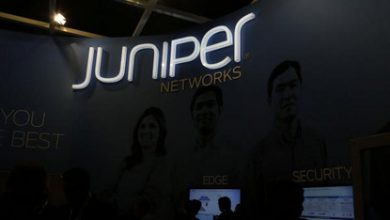 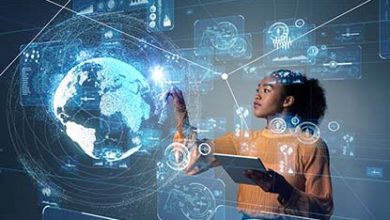 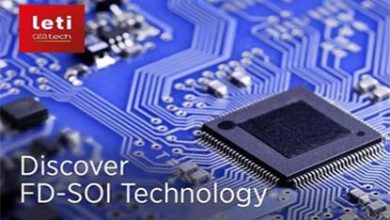 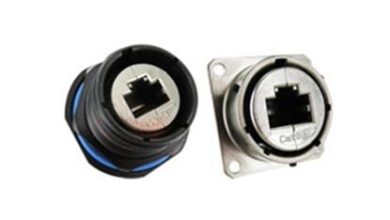 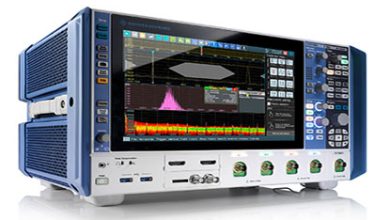