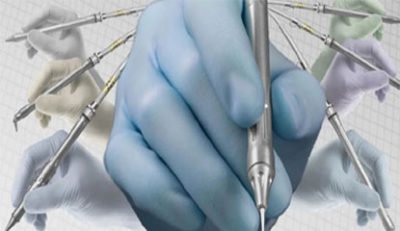 When in 1900 Max Planck deduced the relationship between energy and the frequency of radiation, his theory marked a turning point in physics and inspired up-and-coming physicists such as Albert Einstein. Few could have seen the implications of that discovery to the medical world. From Max Planck to Tattoos From Planck’s discovery it was another 60 years of publications, inventions and innovations up to March 22, 1960 when two researchers at Bell Labs, Charles Townes and Arthur Schawlow, were granted US patent number 2,929,922 for the optical maser, now called a LASER (Light Amplification by Stimulated Emission of Radiation) (Figure 01).

May 16, 1960: Theodore H. Maiman constructed the first laser using a cylinder of synthetic ruby measuring 1cm in diameter and 2cm long, with the ends silver-coated to make them reflective and able to serve as a Fabry-Perot resonator, using photographic flash-lamps as the laser’s pump source.

If removing tattoos seems anecdotal, from that early application medical lasers have found their way into a wide variety of medical applications and without naming all, there are many examples of laser treatments in ophthalmology, oncology and other forms of surgery that we have all either benefited from or heard about.

If the nature of the laser source is specific to the targeted treatment, i.e. generating light emission in the range of 193 nanometers (Excimer ArF) to 10.600 nanometers (CO2) (Figure 03) and pulses from 5 nanoseconds to 1 millisecond, they all have something in common – a power supply. Besides powering the embedded computing and other electronic equipment, medical lasers require very specific power systems able to deliver repetitive high peak energy (voltage or current), with safety and reliability.

A function of the final application, each type of laser requires a different type of power supply which can vary from a current generator for continuous-wave diode laser, to complex power solutions in the case of gas-lasers or lamp-pumps using flash-lamps as a light generator. We could probably identify as many power supplies as there are types of laser used in the medical space, although as a power supply manufacturer we simplify it to two:

Originally limited in their power, diode lasers were not very common in medical applications, however with the development of a wide range of diodes generating wavelengths from 405 nanometers to 2200 nanometers, they become popular in the field of photodynamic therapy where the wavelength is more crucial.

As it is for other applications using LEDs (e.g. lighting) the power supply is often defined as an LED Driver. Used both in the new generation of solid-state lasers or as a generator as such, laser LED drivers require particular attention to the stability of the current and compensation of the energy delivered in terms of the temperature of the LED element. Modern current generators for LED lasers are based on digital technology with an input/output (I/O) interface making it possible to monitor and control the power supply to meet application requirements. Using predictive algorithms the power-stage can be programmed to operate safely and to deliver the specific energy required by a single pulse.

As it is for other applications using LEDs (e.g. lighting) the power supply is often defined as an LED Driver. Used both in the new generation of solid-state lasers or as a generator as such, laser LED drivers require particular attention to the stability of the current and compensation of the energy delivered in terms of the temperature of the LED element. Modern current generators for LED lasers are based on digital technology with an input/output (I/O) interface making it possible to monitor and control the power supply to meet application requirements. Using predictive algorithms the power-stage can be programmed to operate safely and to deliver the specific energy required by a single pulse.

Gas and high-energy solid state lasers use flash-lights or discharge tubes that require high voltages to generate the necessary energy levels needed to initiate the ‘pumping process’. In this type of application the design of the power supply requires specific knowledge in high voltage switching and energy storage.

Lamp-pumped solid-state lasers and gas-laser power supplies have complex specifications, requiring two elements: a power supply converting the AC line voltage to the high voltage require by the emitting element, and a high-voltage capacitor energy bank for energy storage. Voltage will depend of the level of energy required to activate the pumping, but in conventional medical applications it is often between 600VDC and 3,000VDC. Similar to your flash camera, the power supply charges a capacitor, which then delivers the energy to the flash lamp. However, while we can accept a small delay in charging the capacitor of our personal camera, in the case of a medical laser the energy needs to be available without delay, requiring a capacitor-bank to store high amounts of energy. For power designers not used to dealing with high energy transfer topologies, it can be difficult to estimate the size of the energy envelope and preferred control method to optimize the power stage.

The required output power needed for lamp-pumped solid-state or high-powered pulsed-excimer lasers is usually given in terms of joules per second, which is a function of charge time, repetition rate, output voltage, and component characteristics. During a charge-discharge cycle, the rate of change in voltage is not constant, which differs very much from conventional applications where usually the peak-current and charge rate are pretty well defined. Designing such types of power supplies requires very close cooperation with the equipment manufacturer to test the power solution in real conditions. It is very common for medical laser manufacturers to split the power solution into two parts. These are the power supply itself (Figure 04) and the high-voltage capacitor bank, which for safety reasons could be in a sealed tank.

In terms of technology, modern power supplies use digital control techniques, not only improving efficiency but in the case of medical lasers, also improving the reliability of the equipment due to its operating principle being based on pulsed energy which is known to be stressful for electronic components. As presented previously in the LED laser power solution part of this article, using digital control offers huge benefits in terms of energy management. It is possible to control the power unit to a single bit and to adjust all parameters cycle by cycle. For example during surgery the surgeon could request more power or longer pulses for tumor ablation. Controlled by the embedded computer, the power supply can be programmed in between two pulses to change the charging voltage and/or the amount of energy required by the emitting element.

What else should power designers consider?

Safety – There is no doubt that dealing with high voltages and significant amount of energy requires close attention to safety. Usually built into a final equipment, obviously the power supply must comply with overall safety and environmental regulations, but during the design process power designers must pay special attention to all risks related to hazards inherent to high voltages.

Risk – Regarding power supplies included in final equipments and not medical equipment as such, certain customers are requiring a full risk assessment analysis e.g. ISO 14971, which must be considered from day one.

EMI – High-peak energy switching generates electromagnetic emissions and line disturbances which may interfere with other medical equipment. Filtering and power factor correction requires special attention during the design phase to not only comply with standards and regulations at the time of certification, but to take cognizance of the aging of filtering components e.g. electrolytic capacitors during the all life time of the equipment.

Noise & thermal – In addition to local regulations, hospital, medical and para-medical institutions are requiring electronic equipments to operate without audible noise. Considering that laser equipment includes a number of dissipating elements, forced cooling is often required. To achieve good cooling with the lowest audible noise, manufacturers are using large fans rotating at low speeds to cool down their systems. For safety, capacitor-banks and power supplies are housed in sealed boxes, limiting cooling to conduction through the chassis. This is an important point to consider during the design of power supplies for medical lasers.

For many years the size of a power supply for medical laser use hasn’t been a real concern – but things are changing. Medical laser manufacturers are considering a new generation of ‘portable’ lasers for homecare and to increase the mobility of medical services. Research to develop more powerful, and with combined wavelengths LED lasers are showing good progress. Operational control is easily performed on a tablet (no more built-in displays) but of course parts of the equipment will require a serious diet to achieve portability. In the case of LED lasers, supercapacitors based on nanotechnologies are offering impressive capacity levels to store high energy and using Wide Band Gap semiconductors e.g. Gallium Nitride, Silicon Carbide, the size of the power supply could be shrunk by a factor of x3. This is very promising and I have no doubt that LED medical lasers will benefit from the latest technologies and innovations happening in the power supply industry.

In 1917, Einstein proposed the process that makes lasers possible, called stimulated emission. He theorized that besides absorbing and emitting light spontaneously, electrons could be stimulated to emit light of a particular wavelength. It took nearly 40 years before scientists transformed Einstein’s proposition to fact, putting lasers on the path to becoming the powerful and ubiquitous tools that they are today, but he also said: “I have no special talent. I am only passionately curious”, and that is the motto of many power designers developing power solutions for the next generation of medical lasers.

The future of power supplies for medical lasers is bright!

Founded in 1974, with headquarters in Sweden and operations in 15 countries across four continents, Powerbox serves customers all around the globe. The company focuses on four major markets – industrial, medical, transportation/railway and defense – for which it designs and markets premium quality power conversion systems for demanding applications. Powerbox’s mission is to use its expertise to increase customers’ competitiveness by meeting all of their power needs. Every aspect of the company’s business is focused on that goal, from the design of advanced components that go into products, through to high levels of customer service. Powerbox is recognized for technical innovations that reduce energy consumption and its ability to manage full product lifecycles while minimizing environmental impact. Powerbox a Cosel Group Company.

Powerbox Chief Marketing & Communication Officer Chief Marketing and Communications Officer for Powerbox, Patrick Le Fèvre is an experienced, senior marketer and degree-qualified engineer with a 35-year track record of success in power electronics. He has pioneered the marketing of new technologies such as digital power and technical initiatives to reduce energy consumption. Le Fèvre has written and presented numerous white papers and articles at the world’s leading international power electronics conferences. These have been published over 350 times in media throughout the world. He is also involved in several environmental forums, sharing his expertise and knowledge of clean energy

What Experts Think About the Indian Shared Mobility Space? 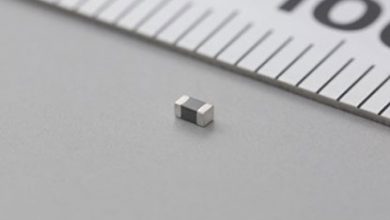 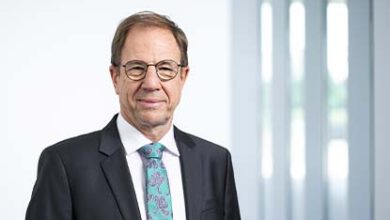 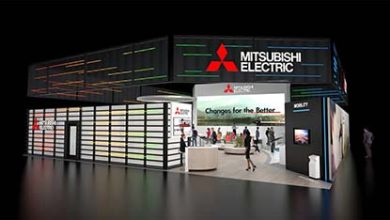 Mitsubishi Electric to Demonstrate at CES 2022 in USA 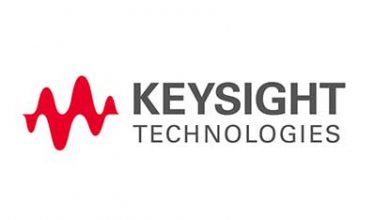