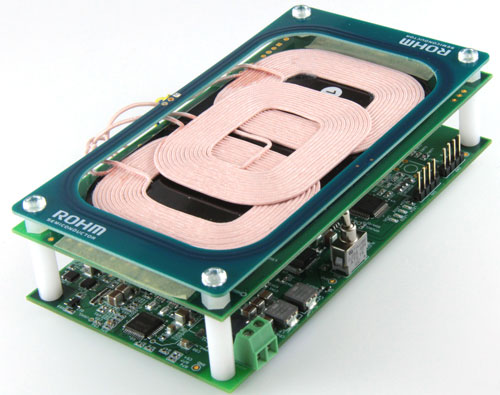 ROHM has recently announced the development of an automotive wireless charging solution with integrated NFC communication. This solution combines ROHM’s automotive-grade (AEC-Q100 qualified) wireless power transmission control IC (BD57121MUF-M) with STMicroelectronics’ NFC Reader IC (ST25R3914) and 8-bit microcontroller (STM8A series). In addition to being compliant to WPC’s Qi standard supporting EPP (Extend Power Profile) that enables the charger to supply up to 15W of power, the multi-coil design enables a wide charging area that provides some spatial freedom in vehicle applications (2.7x greater charging range vs single coil configurations). This means that consumers do not need to worry much about exactly aligning their smartphones to the provided charging area in order to be able to charge wirelessly.

Wireless charging technology, commonly used in portable devices such as smartphones to improve the safety and resistance to water and dust of connectors, is seeing increased adoption in infrastructure applications including vehicles, hotels, airports, cafes, and similar public locations. At present, Qi, the most popular standard, has already been adopted by the European Automotive Standards Group (CE4A) as the charging standard in vehicles, and by 2025 it is predicted that most cars will be equipped with Qi-based wireless chargers. 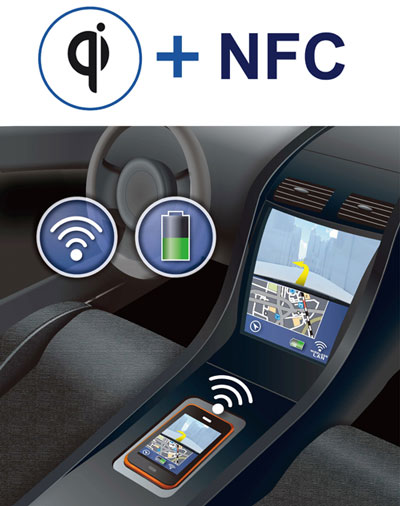 Furthermore, in the future ROHM plans on releasing a sample reference board that will allow users to easily configure a wireless charger for automotive use compatible with the latest Qi standard (EPP) when combined with our Qi certified receiver board (BD57015GWL-EVK-002) already on the market,

ROHM is committed to develop solutions that will enable greater convenience and performance for the rapidly expanding wireless charging market.

The Key Features of the Wireless Charging Solution include:

Per the Qi standard, a foreign object detection function for detecting metallic objects is included to prevent deformation or damage from occurring due to excessive heat generation in the event a metallic object is placed between the transmitter and receiver. This time, however, designers were faced with the challenge of ensuring detection of the NFC antenna without damaging the NFC card by the magnetic field. This was achieved by integrating a NFC communication function that enables detection of the NFC card even when inserted in a smartphone case or sleeve. 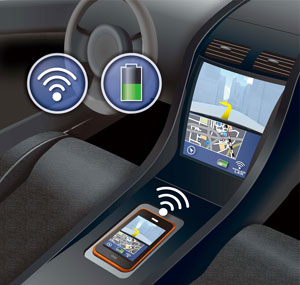 Previously, when connecting smartphones to infotainment systems it was necessary to perform manual pairing for each device. However, by combining Qi wireless charging with NFC communication ROHM made it possible to not only charge mobile devices such as smartphones but also perform Bluetooth or WiFi pairing at the same time through NFC authentication. To use, simply place a smartphone on the charging pad to automatically initiate screen sharing with the infotainment and navigation system.

In the future, all vehicles are expected to utilize NFC protocol to connect smart devices with the onboard system to provide shared functionality that does not rely on traditional keys or dedicated cards.

As a regular member of WPC, ROHM actively participates in working groups from the initial stages of specification development for the increasingly popular Qi wireless power standard and it has been quick to develop 15W-class control ICs and reference designs that meet market needs.

In 2016, ROHM began selling the industry’s first 15W class Qi certified transmitter (BD57020MWV-EVK-001) and receiver (BD57015GWL-EVK-001) reference boards. These boards were released to promote the adoption of wireless charging solutions. This latest board, the BD57121MUF-M (transmitter) is AEC-Q100 compliant to support automotive applications.

The ST25R3914 includes ST’s proprietary Automatic Antenna Tuning function that adapts to surrounding environment changes in order to minimize the effects from metallic objects near the reader antenna, such as keys or coins placed on the center console. In addition, MISRA-C: 2012 compliant RF middleware is available to allow customers to reduce their software development effort.

The STM8A, high-performance automotive 8-bit MCU series, is available in a variety of packages and memory sizes. Moreover, the pin-compatible lineup allows users to select the best product fits for required functions and performance. Devices with embedded data EEPROMs are also offered, including CAN-equipped models featuring an extended operating temperature range guaranteed up to 150C, making them ideal for a variety of automotive applications. 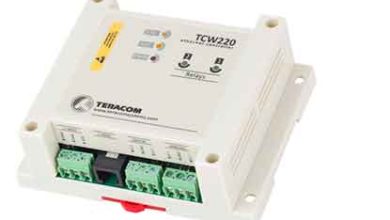 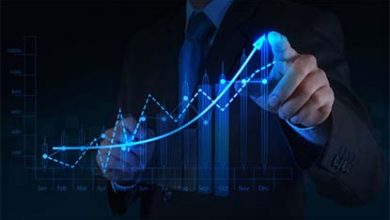 ISMC to Invest in Semiconductor Fab in Karnataka 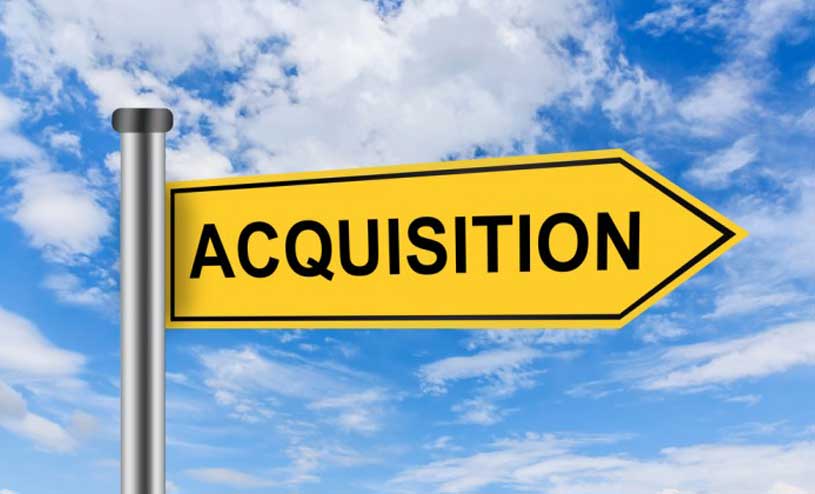