IoT applications are growing by leaps and bounds in various industries with a multitude of use cases ranging from personal to industrial areas. However, technological advancements have made it difficult to choose wireless connectivity for designing specific applications focusing on particular industry needs. In this blog, we bring more clarity about possible options. We will provide various technical measures with broad classification for each popular wireless technology. Based on that, you can decide which wireless technology is best suitable for your IoT solution. The blog will also provide highlights about the brief background of each technology, the strength of each protocol, and core application areas.

Some of the broad parameters to make decisions are as follows: 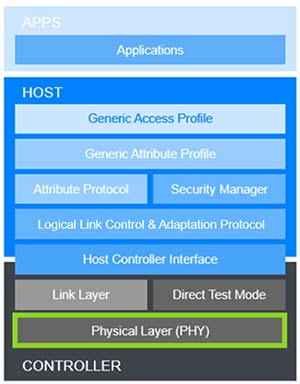 Bluetooth Classic, the predecessor of BLE is much popular due to its availability in smartphones for music streaming, audio calling. Bluetooth standard’ specification is managed by Special Interest Group (SIG), which has released the latest specification which is Bluetooth 5.0.

BLE 5.0 is becoming prominent in the IoT world for a significant-good range of connectivity as well as the inclusion of the mesh profile in the standard specification. Due to the major adoption of BLE by various semiconductor companies, it’s the first choice as wireless connectivity for personalized IoT solutions in different consumer industries.

Usage of BLE is getting very popular as different industries are adopting applications based on that and getting benefited too. Let’s take the example of a few industry applications getting very popular, Asset Tracking solution using BLE beacons. IoT Gateway plays a very critical role in the entire solution. Another industry example is in the Healthcare segment where a hospital can use a BLE beacon wrist band for patients to track their movement, manufacturing units where they can track the movement of materials using BLE beacons. BLE gateway can collect the position of employees and report to mobile or cloud applications.

Nowadays, after BLE 5.0 mesh profile introduction, Asset Tracking solutions are being made with BLE mesh. Building automation, Commercial lighting, and Sensor network are major areas where BLE 5.0 mesh is being used.

BLE can also be used in applications where direct communication between the device and smartphone is required. For example, while tracking the flow of customers in a specific department of the megastore, BLE beacons can be used to interact with customers’ smartphones to derive flow data. Another example is wearable smart devices, such as fitness trackers – user’s smartphone will interact with tracker directly to retrieve fitness data. 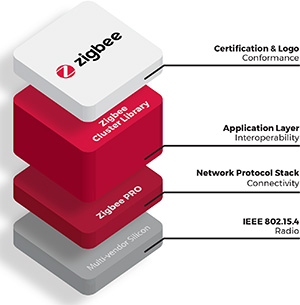 ZigBee protocol is being used since long (around 1990) even before the emergence of the Internet of Things in industrial automation. ZigBee is popular in industrial automation due to the effective creation of Wireless Personal Area Network (WPAN) for Wireless Sensors. ZigBee Alliance was formed in 2005 to announce the first ZigBee specification 1.0. Before that, the ZigBee protocol was known with IEE802.15.4-2003 specifications. After the formation of ZigBee Alliance, further specification revision has been published, with the latest ZigBee 3.0.

ZigBee supports adaptable duty cycle, low coverage radio and low data rates which helps in achieving ultra-low power consumption and efficiency. This characteristic of ZigBee makes it the most prominent standard for creating WPAN on a large scale. It supports 65535 devices in the network to create an application that requires large networks. ZigBee also supports various topologies like a star and peer-to-peer.

Strength of Zigbee technology compared to other IoT Protocols 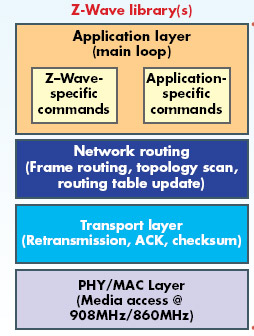 Z-Wave is primarily used for home automation applications. Z-Wave was introduced back in 1999 by Danish company Zensys. It supports a mesh network to communicate device to device. Silicon Labs maintains the Z-Wave specification and provides chips that support Z-Wave. Z-Wave can be used for home automation applications primarily as it supports a maximum of 232 nodes in a mesh network, which is very less compared to other protocols. There are two types of devices, controller and slave. The Controller is generally connected to the internet and serves as a gateway for remote access of slave devices over the internet.

To make products with Z-Wave, it is required to purchase chips from Silicon Labs and Z-Wave stack from Z-Wave Alliance. Also, certification from the Z-Wave Alliance is needed for the made product. 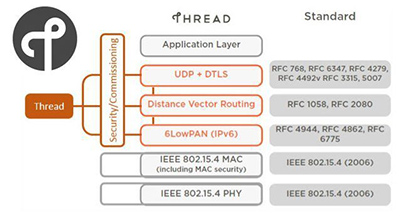 Thread protocol is more suitable in systems where multiple application protocols need to be used. Application layer should have low data rate need and shall support IPv6, that’s the minimum requirement.

In Thread protocol, there is one edge router called the Border router and multiple slave or end devices. The border router is having internet connectivity and serves as a gateway for remote access to end devices. If global IPv6 addresses are being used in mesh, any end device in the mesh can be reached directly using its IPv6 address. There is no single point of failure in the Thread network. Network heals itself automatically.

While the above information can be greatly useful, due to its dependence on multiple aspects, deciding on the selection of Low Power Wireless Technology for your application can still be challenging and sometimes overwhelming.

Note: The content of this blog is based on the personal knowledge of any research work done by any individuals. There are figures and images used in this blog that are used from their individual promoters’ content or websites such as Zigbee, Z-Wave Alliance, BLE Promoters Group (SIG), and Thread Group promoters. Figures are kept with the best of our knowledge and not to mislead by any manner.

Future of Broadcast and Multimedia Analyzers 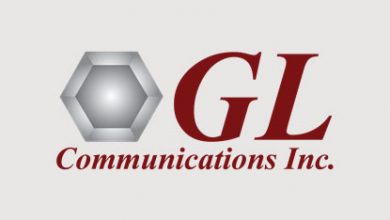 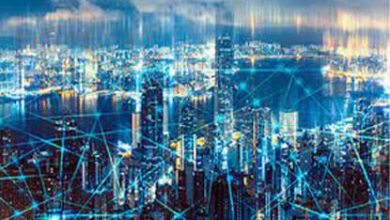 Fujitsu, City of Kawasaki to Work on Sustainable Future City 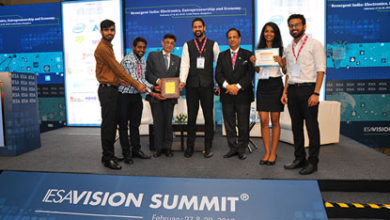 IESA Lauds the Innovative Efforts of Industry and Academia, with Technovation & Makeathon Awards during Vision Summit 2018 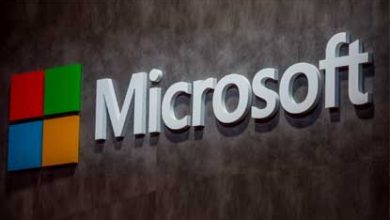