Teradata is enhancing core features of the Teradata Database to deliver optimal performance and flexibility across these deployment options. The newest MAPS architecture will provide elasticity to seamlessly expand or shrink a Teradata data warehouse to scale alongside changing business needs.

MAPS will also provide higher concurrency and more consistent performance of tactical queries.  Additionally, the Teradata Database’s Adaptive Optimizer will automatically adjust to its host environment to provide the most efficient query plans, fastest query execution, and the most efficient system utilization. 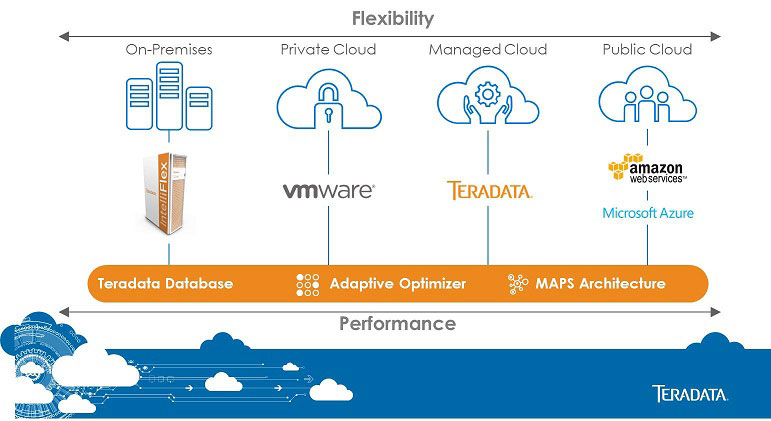 “As companies move toward hybrid cloud architectures, Teradata is leading the industry by offering customers’ choice and ensuring database compatibility across deployment modes.  Teradata Everywhere delivers the flexibility to implement hybrid architecture with a common database that enables shifting of workloads between environments as business needs evolve, supporting a company’s changing deployment strategy and economic needs. Having such flexibility is going to important and significant especially for Indian organizations”, said Sunil Jose, Managing Director Teradata India.

“It’s all about customer choice without sacrifice.  Companies need their data and analytic environment to be agile, multi-faceted, and flexible,” said Oliver Ratzesberger, Executive Vice President and Chief Product Officer at Teradata. “Teradata Everywhere means that the exact same Teradata Database can be deployed on-premises and in the cloud.  Regardless of the combination, Teradata is leading the industry in delivering this capability.  Companies can concentrate their energy on running analytics to improve their business rather than engineering compatibility between their environments.”

In addition to being served from Teradata-provisioned data centers in the United States, the Teradata Database is now available in the Teradata Managed Cloud in Europe, hosted on data center infrastructure in Germany.  Monitored and overseen by dedicated Teradata experts, Teradata Managed Cloud allows customers to focus on analytics and business insight rather than on IT infrastructure management.  Target availability in Europe is Q3, 2016.

Teradata Virtual Machine Edition (TVME) delivers the full-featured Teradata Database in a preconfigured, ready-to-run virtual machine image for any company’s VMware environment.  Companies can utilize their existing virtualization infrastructure to deploy a Teradata data warehouse on up to 32 virtual nodes.  TVME comes with flexible licensing terms which allow companies to scale configurations up or down as requirements change, even employing multiple instances for special purposes such as test or development.  Target availability is Q3, 2016.

IntelliFlex is available now, with new features targeted for Q4, 2016.

“The ability of an organization to manage, analyze, and derive value from data will increasingly depend on optimal data management, which can be enhanced by having platform choices – ones that a business can quickly adapt to changing business requirements,” said Dan Vesset, GVP, Analytics and Information Management, IDC. “Platform choices can help ensure that technology doesn’t get in the way of business – rather choices support adaptability and optimal data management.”

“Having the same Teradata Database with the same capabilities and SQL in our on-premises IDW and in the Teradata Managed Cloud gives us a live test system which also serves as an off-site disaster recovery system without using any data center floor space or management resources,” said Brian Tournier, Director of BI Technology and Infrastructure, Meredith Corporation. “Adding the same Teradata Database in the public cloud to our mix would give us the perfect hybrid environment to cost-effectively handle peak loads or unexpected new applications without budgeting for excess capacity.” 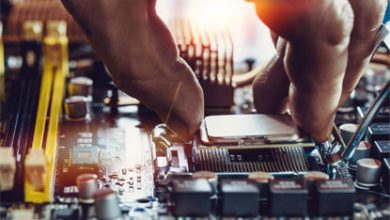