The harmony between man and his machine has always been associated to pursue a connected world – a world connected through different times and zones.

In our growing years, we have heard fairy tales where the unknown that happened was seen to assist humans for better lives. Pumpkins becoming carriages for Cinderella and Ironman using his gadgets to assist and save the world. Human minds have always been stimulated by automation and artificial intelligence. What is needed is not denial of its existence and relevance but the need to acknowledge the harmony.

Industrial revolutions have been depicted with vintage pictures of the production units showing machines surrounded by the work force. The pictures show workers on an assembly line matching the pace of the machines (humorously portrayed in one of the ‘I love Lucy episodes’!). This monotony of work process directed towards a man working like a machine has been evolving from monotony to harmony of the powers of the Man and the Machine over a period of time.

The manufacturing sector in India is slated to contribute 25% of the GDP by 2020 and reach USD 1 trillion by 2025. This huge target if realized is expected to create more demand for productivity, efficiency, reliability, perfection, uniformity, flexibility,  customized solutions and above all a match with global standards which is directly associated with choosing the right technology, the right level of industrial automation. Automation is one of the important keys to the growth of manufacturing sector and the way to scale up the value chain in a progressive manner.

It offers opportunities that can help the industry catalyze the market requirements, reduce manufacturing downtimes and improve the efficiency of the machines and increase productivity. In order to attain error-free results and considering the current ecosystem, it is inevitable for the manufacturers to lean towards one-stop automation solutions with impeccable quality and easy troubleshooting.

Further with the advent and transition towards Industry 4.0, also known as IIoT, there is a tremendous opportunity for Man and the Machine to constantly communicate and complement each other’s performance. A connected shop floor based on a sturdy Industry 4.0 framework is enabled with more transparent and real-time data analysis and so is lot more competitive, efficient and flexible.

One of the most significant examples of the utility of a hi-end and connected automation solution is the India’s automotive industry which is counted as one of the fastest growing sectors in the world. It relies heavily on well-automated ecosystem to assemble multiple complex components seamlessly with constant checking and precision at every step.

One of the big challenges automotive industry currently faces is recall which can happen due to a defect in a single component – causing huge setbacks to the credibility of a brand and even safety of the users of automobiles. To tackle recalls, automation solutions like Traceability help the manufacturers to a great extent.

Another challenge is to optimize the cost which can be done effectively through Flexible manufacturing. This shows that manufacturing sites need to step up with facilities which allow not only to produce in large quantities but to produce varying customer requirements with the right standards and precision. To achieve this, it is important to facilitate both the production units and allocation of people wisely to support those machines.

Companies need to establish the right chord between machines and men. This will give rise to need of new skill development, particularly, for the shop floor workers and would lead to their more effective utilization.

The ongoing industry conversation around automation in general and robots in particular has always depicted robots as the reason for job loss for the workforce. On the contrary, robots are not living beings but are creation of man itself and they are programmed to do as how we want them to perform. In fact, robots and artificial intelligence are proof of concepts of the harmony and interface between humans and machines. Operating these robots requires a skilled work-force which means an opportunity of job creation, however with better and more advanced skill sets.

The future of automation demands that workers do not lose their creative and out-of-the-box talent by executing time-consuming, repetitive or potentially unsafe jobs that are best performed by a machine or a robot. Omron takes the view that by getting machines to do repetitive tasks, man is freed to do more fulfilling work. ‘To the machine, the work of the machine; to man, the thrill of further creation’- one of the visionary statements of Omron’s founder Kazuma Tateisi, made almost five decades back (1970), make a lot of sense in today’s scenario.

The technologies are being adopted in almost all industries and countries across the globe but the speed and strength will vary as it depends on various technical and economic factors. For example, the machines need to simulate the full range of human performance capabilities and must be economically viable if compared to the wage levels.

This is very much applicable to India because of its large workforce and heavy reliance on predictable physical activities needing considerable up-front capital investment for automation.

So for an emerging economy like India the automation may take time to become viable but whatever is the time frame, it will have a significant impact on the workforce which is unlikely to result in unemployment, rather it will open new avenues of growth in multiple industries and in ways that may be difficult to imagine today. For example, when Computerization/IT was introduced in the Indian banks in the 80s; there was a widespread fear that many employees would lose their jobs. Not only did this fear prove unfounded (no job losses), but on the contrary, the productivity improvements brought about by computerization had a huge positive spin-off in attracting private players to the banking sector and generating more employment. Gradually new avenues were created and we all evolved to a brighter future.

Co-existence of the man with machine is the solution for tomorrow. Automation is the need of the hour to remain competitive in the industry and produce products which are expected to be consistent and high in quality, increased output, and decreased costs. It is time for Indian industry to be glocal while adopting global processes and technology upgrade for manufacturing world class products.

Given the country’s high growth aspirations, automation plus additional productivity raising measures are necessary to sustain the economic development. The countries which have already touched high levels of manufacturing will need high levels of investment to go to the next level. So for them the cost involved is quite high whereas the Indian industry actually has the opportunity to ‘leap frog’ this Automation Curve to take full advantage of the automation technologies that are available today. Our aspiration should not only be to make in India but to make world class in India and automation will be the key to achieving this.

The author is the Managing Director of OMRON Automation, India

Isosec and NHS Digital to Fast-Track Availability of Virtual Smartcards 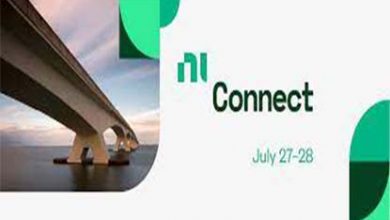 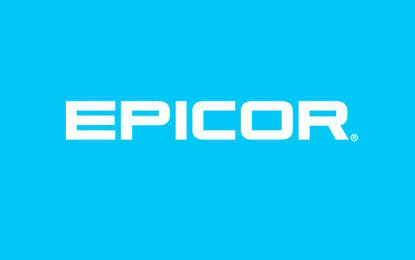 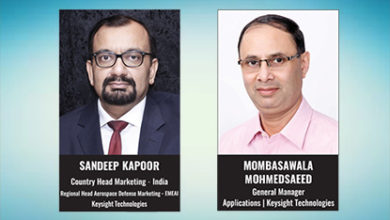