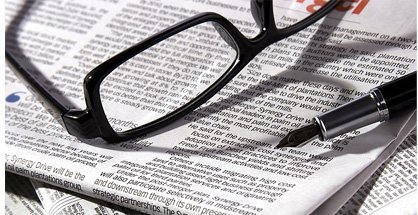 “When we broke the story Wednesday, we saw our visits per hour increase from 20,000 to about 80,000 during the hour we broke the story, then maintained about 45,000 for the rest of the afternoon,” reportedly said Sean Oates, web director for NorthJersey.com, the website for The Record.

Scoops in contemporary media were once the hallmark of Glorious journalism and generated increased revenue. Now, scoops can be followed in hours or minutes instead of days, limiting their impact on a media outlet’s income. As The Washington Post’s Erik Wemple wrote earlier, both the New York Times and The Washington Post chased the story quickly.

Notwithstanding the fact that media outlets with larger followings than the Record posted stories on the bridge controversy, Thursday’s web traffic proved even greater for The Record.

“The same thing repeated for Thursday, but Thursday surprisingly turned out to be a bigger traffic day than Wednesday,” Oates said.

The Record’s site hosted 750,000 unique users on Thursday, setting a new record for not just uniques but also page views and single-story views.

Oates attributed the staying power of the paper’s traffic to two important elements: links from other sites that credited The Record, and the impact of those links on the paper’s appearance in search engines.

“We’re pretty happy with the [search] position we’ve maintained with this particular story and series of stories even though the competition is basically nationwide,” Oates said. “We’re going to be looking at it more closely going forward, hoping that there’s a benefit in the kind of inbound linking we’re seeing right now, which has been unprecedented.”

Links are an essential part of the story entailing as to how search engines work. When a search engine finds a link to another page online, the search engine takes that to mean the page being linked to must be especially informative.

Search traffic is important, to put it mildly. The importance of search engine rankings has allocated new importance to the catchphrase reading thus, “Give credit where credit is due.” For the journalistic fraternity, scoops can drive major traffic if other sites credit the original story with links; something that Oates said may help explain the upswing in traffic from Wednesday into Thursday.

“We’re always testing our own search results,” Oates said. “Sometimes we’re happy with the results, and sometimes we aren’t. There are a lot of cases where this newspaper has broken a story, maybe not on this magnitude, but it gets picked up by other sites […] We’ve seen that kind of fragment and siphon off the page views and sometimes throw us off the first page of search results in the past.”

Social media also plays an important part, particularly as search engines begin to pick up on stories that are being passed around.

“Scooping a story can obviously generate a lot of social media buzz, as well. Search engines are already integrating social signals into their algorithms, and this is only going to intensify moving forward,” wrote David Reich, co-founder and CEO of SixEstate, an SEO firm that concentrates on journalism. 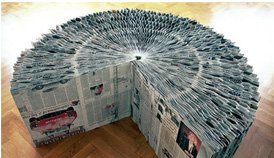 Linking and attribution has become a major topic of conversation in modern day journalism, particularly as it begins to move beyond professional courtesy and into the business side of the newsroom.

“Credit nowadays is more than just a mention that it was reported on X, Y and Z. Credit needs a hot link and some people are more generous at that than others,” she said. “The journalism organizations that are investing in the legwork that do real journalism are starting to protest.”