VIAVI Solutions has added the cellular IoT (CIoT) testing capabilities to its TeraVM solution, enabling operators, vendors and service providers to test and future-proof their networks for the development and commercialization of the Internet of Things (IoT).

The new TeraVM virtual Radio Access Network (vRAN) CIoT module can emulate over 16 million IoT devices via narrowband IoT (NB-IoT) and CAT-M connections in a fully virtualized environment. This enables users to test the ability of their networks to support the huge array of current and potential connected IoT end-points, while delivering consistent, reliable connectivity for ‘traditional’ mobile voice and data services.

“This marks the next stage of network testing, and one which is crucial for a connected future built on smart cities and connected cars,” said Ultan Kelly, Senior Product Director, VIAVI Solutions. “Using TeraVM, operators can now test their networks by simulating mobile and data traffic in a city like London or New York, plus the volume and diversity of traffic from millions of IoT end-points, which will stress a different part of their infrastructure in a wholly new way.”

The module forms part of VIAVI Solutions’ 3GPP-compliant RANtoCore end-to-end test platform, which validates networking performance from the RAN to the core via the mobile edge. This enhancement provides users with a single platform that covers 2G, 3G, 4G and 5G traffic scenarios, helping service providers determine bottlenecks, protect mission critical services and plan for the next wireless core upgrade.

TeraVM’s CIoT support addresses a number of key challenges facing operators and ISPs, as the IoT continues to scale at a rapid rate. IoT devices generate relatively small amounts of data, yet their increasing number is set to stress network signaling nodes in a way not experienced previously. Unlike data and voice, traffic generated by these connected end-points is unpredictable and largely unknown. TeraVM offers a scalable, automated and cost-effective solution by emulating and predicting these scenarios in a lab, data center, or cloud environment.

This approach allows users to future-proof their networks, identifying and addressing potential issues with their infrastructure to create a viable foundation for the development of the IoT, and eventual deployment of 5G.

The TeraVM vRAN CIoT solution is available now, and is currently in use by a number of operators and major service providers. The module can either be integrated into a current network design, or can recommend the point at which a new network slice should be introduced, in order to tailor quality of service and dedicate resources to a specific IoT use case. 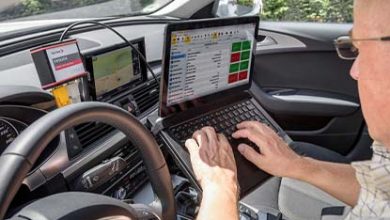