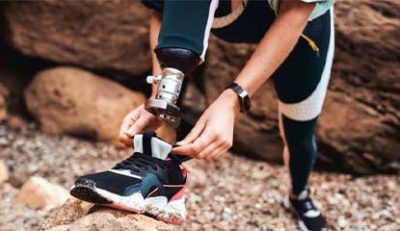 Emergence of next-generation technologies like Automation and Robotics into developing robotic arms and legs is picking up heat in the recent few years.

Instilling hope to almost 5 million amputees across the globe who struggles to complete daily activities normally are one of the most affected people that hoped for a successful Future of Robotic Prosthetics.

Made of twenty-seven bones, 27 joints along with more than 30 muscles and over 100 ligaments, the human hand is generally operated under the guidance of brain signals to fulfill simple tasks every day.

Replacing this complex set of systems with robotic prosthetics is not child’s play as multiple scientists continue their research to develop a seamless product.

Nevertheless, the Future of Robotic Prosthetics highly depends on the successful coordination of these robotic arms designed to work along with human brain signals.

Biomechatronic-based prosthetics market has emerged with significant gains over the past few years.

Mainly assisted by the U.S. Defense Department, the department has invested millions of dollars into multiple research projects specifically designed to aid their wounded warriors.

However, before talking about the highly anticipated Future of Robotic Prosthetics, we should understand some basics of What is Robotic Prosthetics and how these robotic legs and arms develop and some of the best companies working in this research.

Understanding All About Robotic Prosthetics 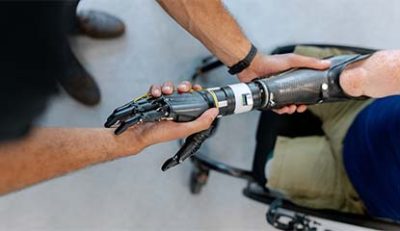 Similar to its name, a prosthesis or a prosthetic limb, is simply an apparatus to replace a missing limb.

You must have come across this robotic appendage in multiple sci-fi movies where retired or wounded soldiers are fitted with these robotic prosthetics.

Miles apart from any wooden or metal hands used in bygone eras, Future of Robotic Prosthetics is quite bright as these mechanical limbs allow its user to control their robotic arms and legs with microprocessors and nerve impulses fitted in their brain.

Biomedical science is coming up as the greatest weapon in the development of several new tools that enables more refined human-robotic interfaces.

Merging it with transhumanist philosophy, one of the latest examples of defining the shining Future of Robotic Prosthetics is the example of how Elon Musk’s start-up company, Neuralink is currently working to develop a brain-machine interface via wireless implantable device to achieve symbiosis with artificial intelligence (AI).

If you want to know more details on Elon’s Neuralink AI chips, you can check out my previous article, “Is Elon Musk Neuralink Chip Painting a New Reality?”.

If successful, this AI chip will become a breakthrough in the field of neuro-robotics as unimaginable applications will come to life under this.

Research Regarding Future of Robotic Prosthetics 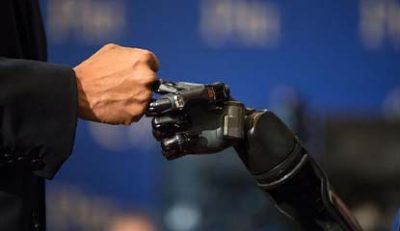 Since neuro-prosthetics is a costly field that is developed, it is sold at tens of thousands of dollars as artificial arms and legs are built using metal skeletons.

Amputees testing this artificial limb were able to perform general daily activities ranging from zipping a suitcase, pouring a carton of juice, and even petting a cat which was a much better result than those with more rigid neuroprosthetics.

Citing another stellar example that describes the Future of Robotic Prosthetics in the subfield of biomechatronic prosthesis is the launch of BiOM T2 ankle-foot prosthesis, which allows users with below-knee amputations to walk naturally

Developed at MIT’s Biomechatronics Lab, under the leadership of Hugh Herr who was himself a double below-knee amputee, BIOM T2 differs from other leg prostheses by emulating muscle function instead of relying on the user’s remaining muscles to provide motion energy.

In a recent research case defining the Future of Robotic Prosthetics, Marco Santello, a biomedical engineering professor at Ira A. Fulton Schools of Engineering at Arizona State University, has been working on developing SoftHand Pro, the first prosthetic that will combine soft robotic technologies and natural biomechanics of the human hand to address the needs of functionality and robustness.

Below is the list of some of the Top start-up companies that are developing robotic prosthetic arms boosting the Future of Robotic Prosthetics to new heights.

Ekso Bionics- Pioneer in the field of robotic exoskeletons, Ekso Bionics develops wearable exoskeletons for civilian, military, and medical uses. Based in the USA, the company has funding of about US $70.8 million.

ReWalk Robotics-Headquartered in the USA, ReWalk Robotics is a medical device company that creates and designs powered solutions that provide gait training and mobility for lower limb disabilities.

Rohde & Schwarz to Showcase its Solutions at DSA 2022 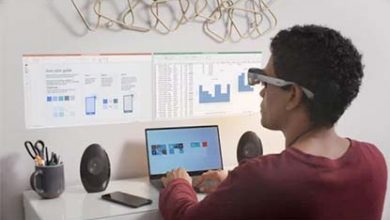 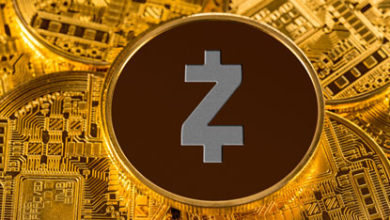 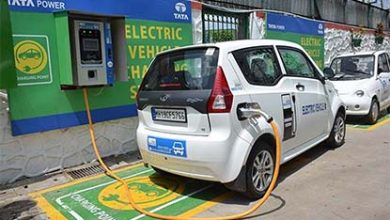 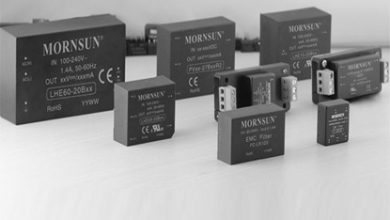